Please ensure Javascript is enabled for purposes of website accessibility
Log In Help Join The Motley Fool
Free Article Join Over 1 Million Premium Members And Get More In-Depth Stock Guidance and Research
By Jason Hawthorne - Mar 28, 2021 at 6:40AM

Even if the bullishness fades, the prospects for these companies have never been better.

Until recently, it may have felt like the stock market had been going up in a straight line for the last year. In fact, the recent swoon is the third time since summer that the tech-heavy Invesco QQQ Trust has fallen more than 10%. Whether new highs are on the horizon or a larger stock market correction is ahead, some companies are putting up numbers that could make any drop a great buying opportunity. For example, Fiverr (FVRR -1.84%), Inari Medical (NARI -2.33%), and Sea Limited (SE 3.60%) are all well off their 52-week highs, but the businesses are performing better than ever. 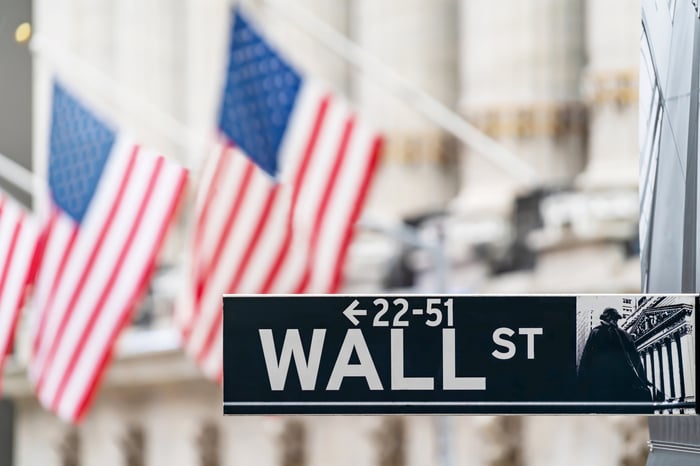 Fiverr's mission is to change how the world works together. In some ways, the company was in the perfect position to thrive during a global pandemic. When the traditional way of working was disrupted and massive layoffs occurred, both businesses and freelancers were able to turn to Fiverr. Its global marketplace kept projects moving and income flowing for skilled freelancers.

The impact showed up in the numbers. Active buyers on the platform grew 45% in 2020 to 3.4 million. Spend per buyer rose 20% to $205. If more people are buying, and each is spending more, the combination can really juice growth. The positive double-whammy led to 77% year-over-year growth in sales, as they reached $189.5 million.

Fiverr continues to invest in growth and sees the year ahead shaping up nicely. The company's "Opportunity Knocks" Super Bowl commercial in February introduced many to the company for the first time. A positive social media response to the commercial is one variable that contributed to management's strong guidance for this year. It expects sales to grow 46% to 50% in 2021. That's higher than the pre-pandemic growth rate of 42%.

The projection validates the belief that the pandemic accelerated the shift to a gig economy. Investors would be wise to ignore the stock price and focus on how the business is performing. Despite market volatility, the company exited 2020 stronger than ever.

Inari makes two disposable products for removing clots from patients' veins, one for deep vein thrombosis (DVT) and the other for pulmonary embolism (PE). DVT is a condition that leads to pain and swelling, and often the inability to work. Much more dangerous is PE, which happens when a clot breaks up and travels to the lungs. These clots are the No. 1 cause of preventable deaths in hospitals. Management believes the two conditions represent a $3.6 billion opportunity, so Inari has been busy taking share from clot-busting medicines. The drugs for these conditions, called thrombolytics, are often ineffective, expensive, and require a stay in the intensive care unit. With only $140 million in sales last year, 173% higher than 2019, there is plenty of room for Inari to grow.

The company told analysts in early March it expects revenue to grow 65% this year to between $225 million and $235 million. It didn't provide guidance for 2020 after its initial public offering (IPO) in May, so investors don't know how if management is typically conservative with guidance. Considering the past two years have seen 650% and 173% growth, and the stock currently trades at 34 times sales, the market seems to suspect CEO William Hoffman is giving himself a low bar to clear.

Inari is also profitable. It posted net income of $0.43 per share for the year. One reason is its high gross margin -- the percent of sales after accounting for the labor and material to build the product. For Inari, it's 90%. That is almost unheard of outside of the best-performing software companies like Adobe or Autodesk. Investors worried about the downturn in unprofitable technology stocks but looking for hyper growth may want to add this medical device maker to their portfolios.

Sea Limited is a consumer internet company in Southeast Asia that operates digital games, e-commerce, and financial services through its platforms. Business is red hot. Total combined revenue was up 101% last year, but a dive into each segment gives a better sense of the power of Sea's growth engines.

Garena is a leading creator of online games. The digital entertainment segment posted $2.02 billion in revenue last year and grew bookings 80%. The success is largely thanks to Free Fire, the company's self-developed mobile game. The hit was the most downloaded mobile game in 2020 and recorded over 72 billion views on YouTube, making it the most viewed game in both 2019 and 2020. More important for shareholders, it was the highest grossing mobile game in both Southeast Asia and Latin America for the fourth quarter.

E-commerce revenue for the company was up 178% last year to $2.17 billion. Shopee, Sea's shopping platform, was the third most downloaded shopping app globally and the largest e-commerce platform in Indonesia. It also led all Android shopping apps for Southeast Asia and Taiwan for monthly active users and time spent on the app.

Finally, SeaMoney is a leading provider of financial services and payments under various brands like AirPay, ShopeePay, and SPayLater. Gross payment volume on the platform was $7.8 billion last year (it was introduced in December 2019). It also registered 23.3 million paying users in the fourth quarter. These digital financial services are still in the early stages, only bringing in about $61 million last year.

Sea Limited's stock is down around 25% from the high it hit a little more than a month ago, but the decline has nothing to do with the business. The company's three fast-growing platforms are all taking share in desirable sectors of the digital economy.

For investors willing to look past the recent turbulence in the stock, Sea Limited offers the unusual opportunity to invest in a high-performing e-commerce company that still has a large and growing market opportunity ahead.