Please ensure Javascript is enabled for purposes of website accessibility
Log In Help Join The Motley Fool
Free Article Join Over 1 Million Premium Members And Get More In-Depth Stock Guidance and Research
By Howard Smith - Mar 30, 2021 at 11:00AM

The ship is the first in Virgin Galactic's SpaceShip III fleet.

Space tourism company Virgin Galactic Holdings (SPCE 6.44%) unveiled its next-generation spaceship today. The VSS Imagine becomes the company's second active spacecraft, and its third overall. Its first, the VSS Enterprise, was destroyed in a test-flight accident in 2014. The VSS Imagine, which will begin test glide flights this summer, is the first in Virgin's next-generation SpaceShip III fleet. Work has already begun on the second ship for the fleet.

The company's current operating ship, the VSS Unity, has flown two test spaceflights to date. The VSS Imagine's design has "taken the learnings we've had from all the flight testing on Unity," CEO Michael Colglazier said in a CNBC interview. 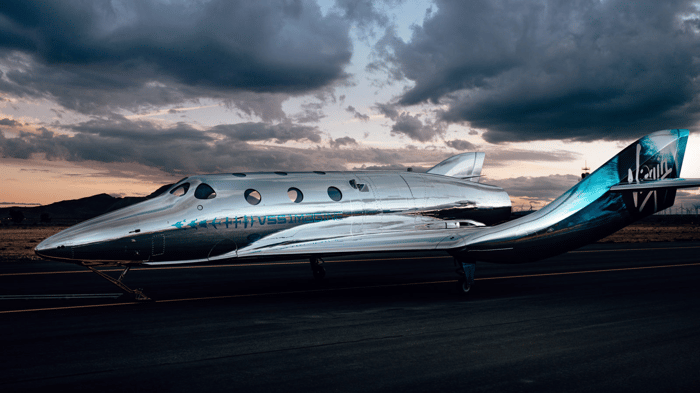 The new spacecraft was built with a modular design to improve access to areas needing routine maintenance, as well as to improve turnaround time between flights, the company said in a statement. Virgin Galactic says it plans a "multi-year effort that targets flying 400 flights per year, per spaceport."

As progress ramps up on construction of the next vehicle in the series, the VSS Inspire, Colglazier told CNBC, "We need many more ships than we have right now." The next test flight for the VSS Unity is planned for May.