Please ensure Javascript is enabled for purposes of website accessibility
Log In Help Join The Motley Fool
Free Article Join Over 1 Million Premium Members And Get More In-Depth Stock Guidance and Research
By Howard Smith - Updated Mar 30, 2021 at 11:21AM

The electric vehicle start-up released its first financial report as a public company.

Shares of purpose-built electric vehicle (EV) start-up Canoo (GOEV -4.14%) dropped sharply Tuesday morning after the company reported its fourth-quarter and full-year results. It was the first earnings report for the company since it began trading publicly on the Nasdaq in December. As of 10:45 a.m. EDT, shares were down 23%.

For the year, Canoo reported a net loss of almost $90 million, which was about half as much as the company lost in 2019. Red ink on the bottom line is to be expected from Canoo, as it isn't yet bringing in revenue. The company's outlook for 2021 didn't include any specifics that would justify Tuesday's sell-off, either. But the recent rotation out of growth stocks means investors don't currently have much of an appetite for pre-revenue start-up EV companies. That could help explain the stock's decline. 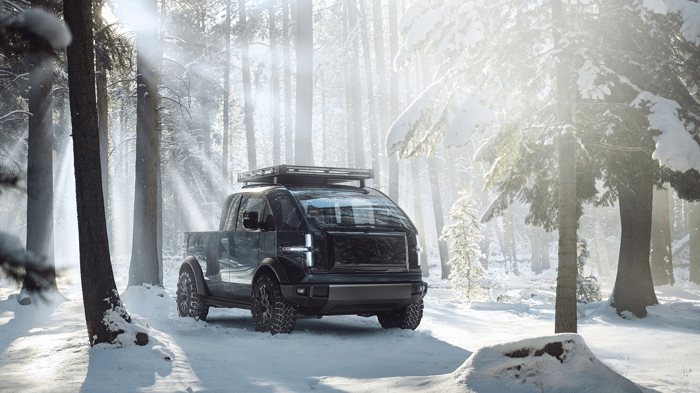 Canoo plans to deliver its first passenger vehicle in 2022 and a multipurpose delivery van in 2023. The company also recently announced plans for a pickup truck that is due to be delivered in 2023. The company plans to use an asset-light business model, with manufacturing being contracted out. It also is using a single, common "skateboard" platform for all of its vehicle designs.

As of the end of 2020, Canoo reported that it had more than $700 million in cash and equivalents on its books. It expects operating expenses of between $45 million and $50 million in the first quarter of 2021, with capital expenditures of $11 million at the midpoint of the estimate. Canoo should have ample cash to begin commercialization of its offerings. It remains to be seen how the market will receive those vehicles.

Why Canoo Stock Plummeted 35.5% in December