There's been huge interest in companies related to electric vehicle (EV) technology, and a renewed surge in popularity has stemmed from U.S. government proposals to support EV initiatives. Several EV stocks were on the rise Thursday morning, and QuantumScape (QS 0.93%) and Blink Charging (BLNK -3.57%) both had catalysts that helped their shares rise and offer some optimism to the rest of the industry.

A milestone of its own

Even as the S&P hit 4,000, shares of QuantumScape climbed almost 10%. The innovative company seeking to advance EV battery technology to the next level hit an important milestone that should help it accelerate its growth in the months and years to come. 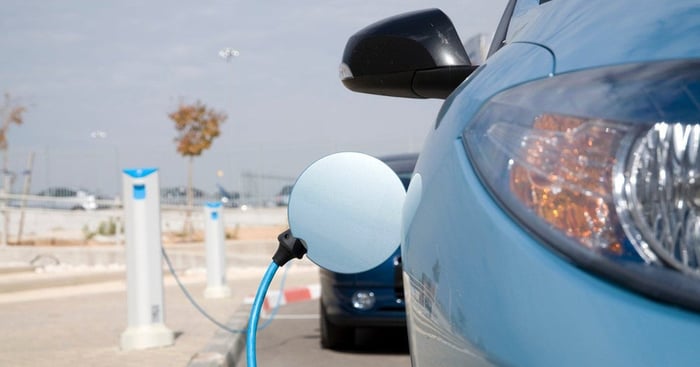 QuantumScape has a collaborative strategic partnership with automaker giant Volkswagen (VWAGY 0.11%), and under the terms of their arrangement, QuantumScape overcame a key technical hurdle that will open up more funding from VW. Specifically, Volkswagen successfully tested QuantumScape's latest generation of solid-state lithium-metal battery cells in VW's laboratory facilities in Germany.

In an exceptionally crowded field, strategic alliances are always important. Volkswagen is a key partner that gives QuantumScape a competitive advantage over other companies aiming to develop innovative battery technology. Combining this new investment with capital QuantumScape raised in the public markets over the past week, investors should be confident that the company has enough money to keep doing research and development far into the future.

Blink gets a charge

Elsewhere in the EV space, Blink Charging picked up almost 4%. The provider of charging station technology got a nice boost from a deal in a key market.

Blink installed its first set of Blink HQ 100 chargers in the Chilean capital of Santiago. The company said that six Level 2 charging stations can now be found in parking lots of municipal offices in Santiago, with the intent of helping to power a new fleet of Nissan Leaf electric vehicles that the municipality recently acquired. This is the first such fleet in the area of Chile's capital city, but the South American nation has established an ambitious goal of going to all-electric public transit vehicles by 2040 as part of a broader initiative to become carbon neutral by the middle of the century.

For Blink, the move helps to bolster its international expansion strategy. With so many parts of the world counting on rising availability of electric vehicle technology to counter the impacts of climate change, opportunities for Blink and other EV players should continue to grow in the years ahead.