Infrastructure gets its day in Washington, D.C.

The United States finally appears to be getting serious about addressing its aging infrastructure, and that has investors excited about U.S. Steel (X -0.41%). Shares of the steel giant climbed 57.6% in March, according to data provided by S&P Global Market Intelligence, in anticipation of growing government demand.

Elected officials have been talking about infrastructure for a generation, but investors are buying into President Joe Biden's plan to rebuild American roads, ports, and bridges and update transit systems. Biden in March rolled out a nearly $1 trillion plan to modernize U.S. infrastructure, and it should mean a lot of added demand for steel. 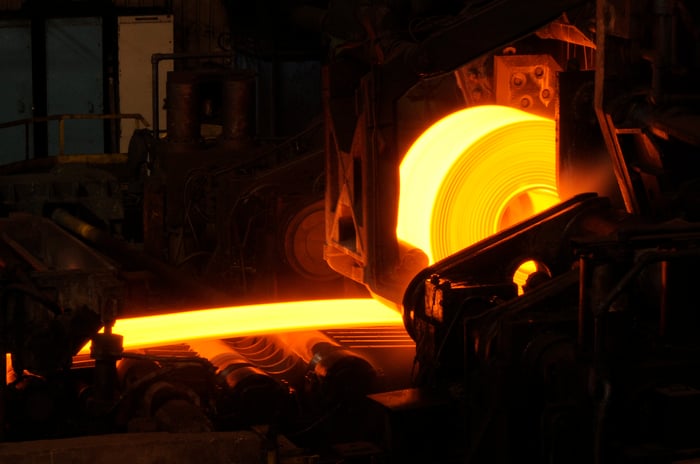 Investors are buying in ahead of the order flow. U.S. Steel shares are now up more than 200% in the last six months, including the strong March performance.

Even without the added government demand, the outlook for steel and pricing has been improving as the economy reopens. U.S. Streel said mid-month it expects to earn $1.02 per share in the first quarter, better than the $0.72 consensus. BMO Capital analyst David Gagliano actually called that guidance "somewhat disappointing," given that he sees the current rally in steel prices extending into the second half of 2021.

U.S. Steel's stock price appreciation in recent months has been impressive, but a word of caution is needed. Industrial stocks tend not to sustain these sorts of jumps, and it appears after U.S. Steel's strong run, the upside is likely limited from here. The company received a number of downgrades to hold during the month on valuation.

And Biden's infrastructure plan has a lot of hurdles to clear in Congress before it is law, with a lot of opportunities for the size to be cut or priorities changed. There is also some reason to question how much of the steel demand would be provided by U.S. producers, given the higher prices compared to imports.

Be careful jumping on to this rally.