Momentum from the February slump and continued pressure on growth stocks pushed the e-commerce company down last month.

Shares of Jumia Technologies (JMIA 3.42%) continued to decline in March on a broader pullback in high-priced growth stocks. Rising interest rates and a general rotation into more cyclical stocks continued the slide from February, and the African e-commerce company's announcement of a secondary offering also pressured the stock. According to data from S&P Global Market Intelligence, the shares finished March down 20%.

As you can see from the chart below, the stock remained volatile. It was even up double digits at one point last month. 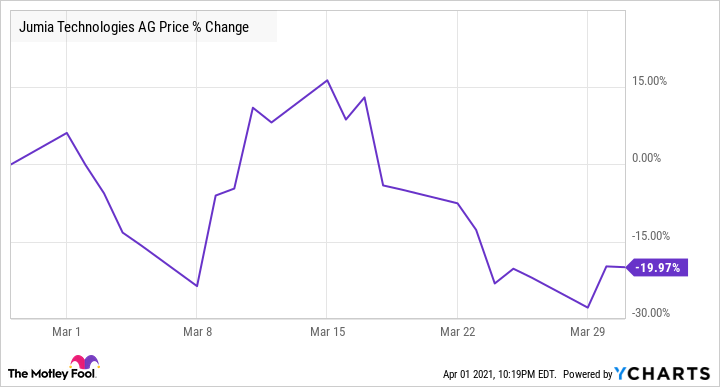 Growth stocks, especially popular names that had surged over the past year, continued to be pressured last month due to a combination of rising Treasury yields and a change in investor sentiment. The benchmark 10-year Treasury yield rose from 1.46% to 1.75% in March, reflecting increasing expectations for inflation and a rapid economic recovery from the pandemic as vaccines are being distributed in the U.S. As interest rates rise, the discount rate goes up with them, and unprofitable growth stocks tend to pull back as distant earnings from companies like Jumia Technologies become less valuable. Investors have also been rotating out of growth stocks because valuations have gotten stretched in a number of sectors during the pandemic, including e-commerce. Jumia trades for a price-to-sales ratio around 20, much higher than many of its e-commerce peers, the company is still deeply unprofitable. Jumia's revenue is actually falling as the company pivots to a marketplace model and focuses on selling frequently purchased products rather than big-ticket items like electronics. 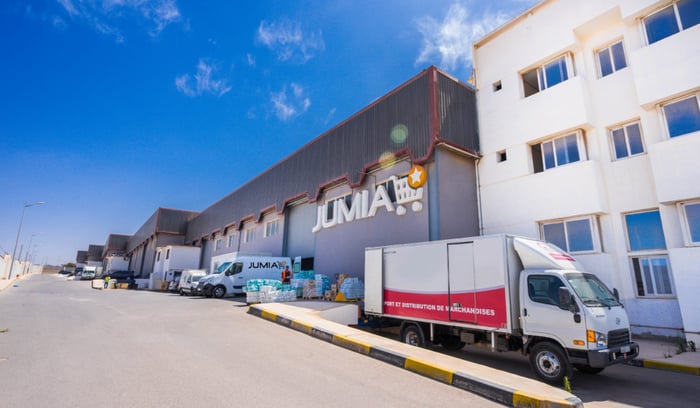 The only significant piece of news from Jumia last month was its selling nearly 9 million American depositary shares. The stock plunged on March 18 when Jumia announced the offering, but jumped on March 30 when the company completed it, selling the shares for $38.90 apiece. Jumia raised $341.2 million in net proceeds and diluted shareholders by about 10%.

Jumia shares fell as low as $2.15 last March at the start of the pandemic and rose as high as $69.89 in February, showing how volatile the stock has been. That pattern is likely to continue given the company's future is wide open. Jumia is the leader in e-commerce in Africa, but its results so far show a business struggling to gain scale, and larger e-commerce companies have avoided Africa in part because of the lack of infrastructure.

In other words, Jumia is the type of stock that could either win big or lose big, but if the pressure on growth stocks remains, Jumia shares are likely to continue fading in the near term.