The stock market sounded the all-clear over the long weekend, and that translated into big gains for the Nasdaq Composite (^IXIC 0.00%) on Monday. Despite some ongoing fears about potential inflation, economic strength was enough to send the Nasdaq up more than 1.5% as of 1:45 p.m. EDT.

Most of the high-growth stocks that dominate the Nasdaq saw good-sized gains, with only a few stragglers lagging behind. Looking at some of the best performers, there was a healthy mix of small and big companies represented. One of the biggest gainers was medical imaging specialist Nano-X Imaging (NNOX -6.16%), but also on the ascent was airline JetBlue Airways (JBLU 0.39%). Below, we'll look at what sent those two stocks higher and what it means for the Nasdaq as a whole.

Shares of Nano-X Imaging were up 17% on Monday afternoon. The digital X-ray technology innovator got a huge vote of confidence from a key regulator over the long weekend.

Nano-X reported Friday that it had received clearance from the U.S. Food and Drug Administration for its single-source Nanox.ARC system. Rather than going through a formal approval process as many types of medical equipment would have had to do, Nano-X was able to file for what's known as 510(k) clearance for the Nanox.ARC system.

CEO Ran Poliakine was ecstatic about the news. Nano-X is on track to start shipping systems by the last three months of this year, and it hopes to get 15,000 systems to buyers by the end of 2024.

Moreover, this could be just the beginning for Nano-X. The company also intends to get FDA clearance for its multi-source Nanox.ARC system as well as its Nanox.CLOUD system. Nano-X hopes to use the multi-source version as its key commercial imaging system for global deployment, so even further gains could be ahead if the company is successful.

JetBlue soars into the clouds

Elsewhere, shares of JetBlue Airways were up nearly 6%. It was a good day for airlines in general, as they, too, celebrated positive news from U.S. health regulators. 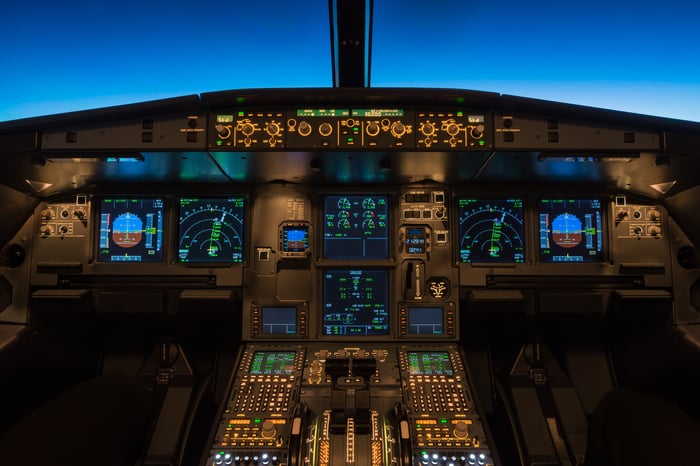 The move came as a result of an announcement from the Centers for Disease Control and Prevention over the long weekend. The CDC provided updated guidance last Friday that indicated that those who are fully vaccinated can travel within the U.S. without getting tested on either end and without self-quarantining after arrival. The CDC will still require a negative test result before travelers come back to the U.S. from an international destination, as even vaccinated individuals can still carry the COVID-19 disease.

JetBlue is anxiously awaiting a return to more normal travel conditions domestically. The company raised $650 million in five-year convertible notes last month, convertible at $25.92 per share and paying interest of 0.5%. Capital raises have remained important for JetBlue and other carriers as they wait for revenue to rise.

Yet investors are indicating their absolute certainty that JetBlue will bounce back strongly. The stock now trades above where it did before the pandemic began, and it's within a short distance of levels not seen since 2017. It could take a while longer for JetBlue's business to recover fully, but shareholders are already getting a jump on celebrating.