Please ensure Javascript is enabled for purposes of website accessibility
Log In Help Join The Motley Fool
Free Article Join Over 1 Million Premium Members And Get More In-Depth Stock Guidance and Research
By Billy Duberstein - Updated Apr 5, 2021 at 10:46AM

Shares of Baidu (BIDU -1.51%) fell 23.3% in March, according to data provided by S&P Global Market Intelligence. The Chinese search giant fell amid multiple headwinds during the month, including pressure on technology growth stocks more broadly and new regulations out of the SEC regarding U.S.-listed Chinese stocks.

A majority of Baidu's March fall came toward the end of the month. That's when the SEC officially adopted the Holding Foreign Companies Accountable Act passed under the Trump administration. That act stipulates that Chinese companies listed on U.S. stock exchanges are required to be audited by U.S. auditors, as well as provide proof that they are not owned or controlled by the Chinese government. Companies will also have to identify each board member that is currently an official in the Chinese Communist Party. Baidu is currently dual-listed in Hong Kong and on the Nasdaq Stock Market, so U.S. investors may have feared Baidu's shares will be delisted. Therefore, it was no surprise to see shares fall on the news. 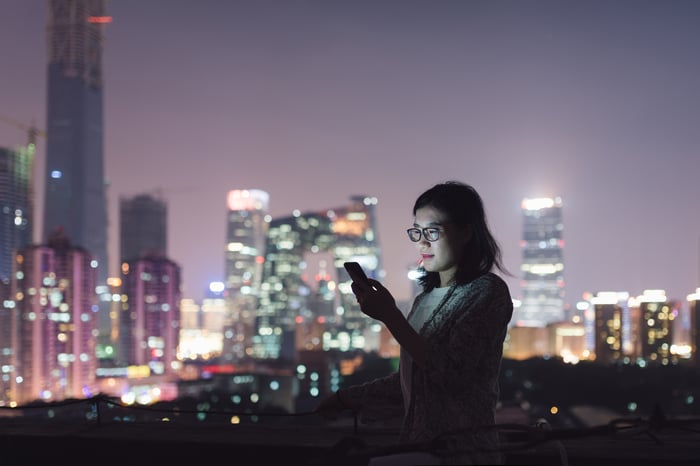 Unfortunately, Baidu was also held by now-infamous hedge fund Archegos Capital Management at that time, which blew up during the same week. When the highly levered Archegos was unable to meet a margin call, banks seized Archegos' assets, including Baidu, and sold them off in massive blocks, accelerating Baidu's plunge. 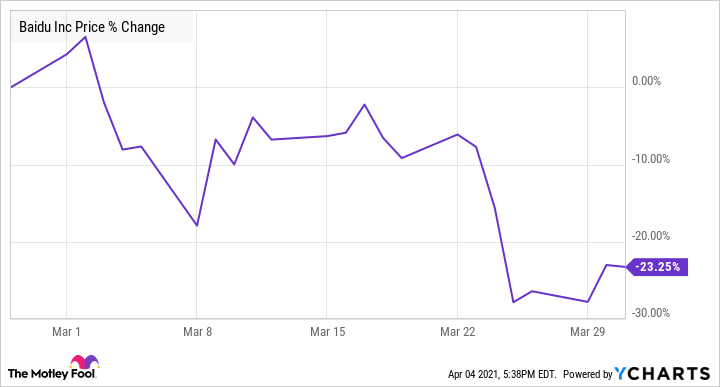 After the plunge, investors may feel like they are getting a bargain. Shares trade at 21 times this year's earnings estimates, which isn't expensive by large-cap tech standards.

Still, Baidu has generally disappointed investors over the last few years, as growth hasn't kept up with other large Chinese internet giants. While tech businesses generally thrived in 2020 amid the pandemic, Baidu's revenue was flat for the year, though profits were helped by cost cuts. For some reason, Biadu's search revenue hasn't grown the way search ads have grown in other parts of the world; however, Baidu is also one of the leaders in AI and autonomous driving, which could lead to future growth. But those newer bets are still in their nascent stages.