Please ensure Javascript is enabled for purposes of website accessibility
Log In Help Join The Motley Fool
Free Article Join Over 1 Million Premium Members And Get More In-Depth Stock Guidance and Research
By Royston Yang - Apr 5, 2021 at 8:31AM

The e-commerce company continues to expand its reach in Latin America.

Shares of MercadoLibre (MELI 5.97%) fell by 10.1% in March, according to data provided by S&P Global Market Intelligence.

The Latin American e-commerce company's stock had scaled a new all-time high back in January but has since declined around 24%. 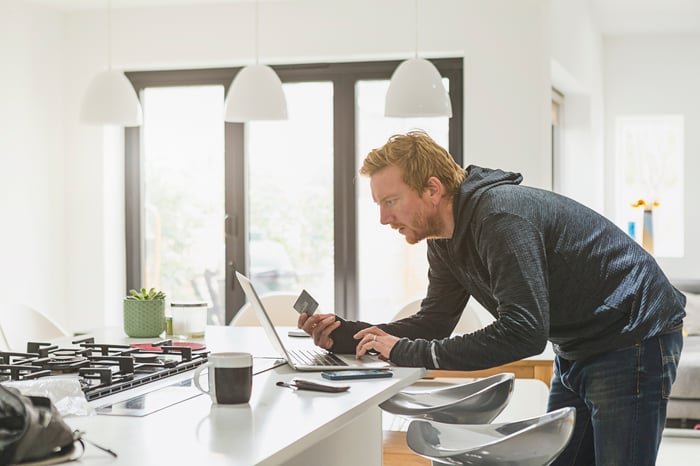 MercadoLibre had just released its fourth-quarter and full-year 2020 earnings, and as expected, it was a blowout year for the company as both financial and operating metrics surged. Unique active users on its platform almost doubled from 74.2 million to 132.5 million, gross merchandise volume soared by nearly 50% year over year to $20.9 billion, and total payment volume on its Mercado Pago platform jumped by 75% year over year.

Investors were disappointed, however, by the company's fourth-quarter loss of $50.6 million, which was just a tad lower than the $54 million chalked in the fourth quarter of 2019. Despite net revenue nearly doubling year over year for the quarter, MercadoLibre still recorded an operating loss, though this had narrowed to $25.1 million from $68.9 million a year ago. The company may require more time and needs to register much more top-line growth before its bottom line can stay consistently in the black.

MercadoLibre continues to extend its market reach into Latin America. For starters, it intends to open eight logistics exchange centers in Chile, each around 2,500 to 5,000 square meters in size. As more than two-thirds of purchases come from cities surrounding the capital, Santiago, MercadoLibre hopes to increase its presence in the country to capture more of these transactions.

The company is also doing its part for environmental conservation by partnering with start-up Pachama for a reforestation project that aims to plant over 1 million trees to restore over 3,000 hectares of forest. Investors may be heartened to know that MercadoLibre is not solely focused on profits, but is also channelling some of its money to doing good for the planet.

Why MercadoLibre Stock Was Down 13% Today