The company is taking back rights to one drug candidate and discontinuing development of another.

Shares of Molecular Templates (MTEM 3.96%) closed down 23.6% on Monday. The big drop came after the company announced that it was resuming full rights of engineered toxin bodies (ETB) candidate TAK-169 from Takeda (TAK 1.77%). Molecular Templates also said that it's discontinuing the development of MT-3724, another experimental ETB.

It's not surprising for a clinical-stage biotech stock to sink when a major partner pulls out on developing a drug. That's exactly what happened in this case. 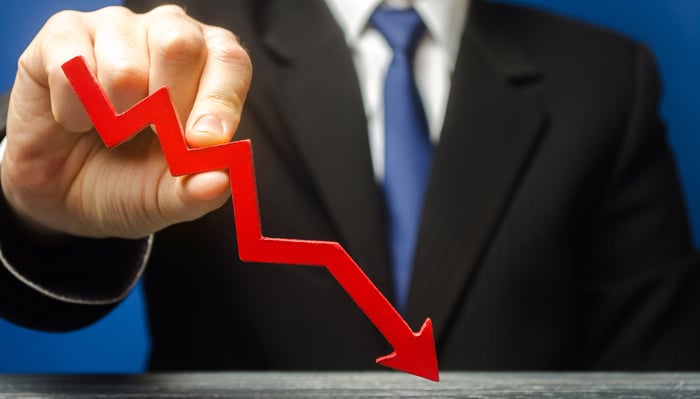 Takeda was evaluating TAK-169 in a phase 1 study for treating multiple myeloma. So why did the Japanese drugmaker back out? Molecular Templates CEO Eric Poma said that Takeda decided to "reprioritize its pipeline."

This move was directly related to Molecular Templates' own decision to throw in the towel on developing MT-3724. The U.S. Food and Drug Administration (FDA) placed the experimental drug on full clinical hold in late March after previously placing it on partial clinical hold following a treatment-related patient death. Molecular Templates concluded that its best chance of success was to refocus efforts on other therapies, including TAK-169 with the transfer of rights from Takeda.

Molecular Templates expects the transition of TAK-169 from Takeda will be completed over the next 90 days. The company plans to move forward with current phase 1 studies of TAK-169 and two other ETB candidates, MT-5111 and MT-6402. It anticipates that the assumption of full rights to TAK-169 will generate cost savings this year and won't impact its cash runway through the second half of 2023.