Please ensure Javascript is enabled for purposes of website accessibility
Log In Help Join The Motley Fool
Free Article Join Over 1 Million Premium Members And Get More In-Depth Stock Guidance and Research
By Keith Speights - Apr 6, 2021 at 6:01AM

Planet 13's Q4 results might not wow investors. However, its more recent performance will.

Planet 13 Holdings' (PLNH.F -2.15%) huge stock gain in February has largely evaporated. But the Nevada-based cannabis company is still making investors happy with a year-to-date gain of 14%.

That momentum was on the line as Planet 13 announced its 2020 fourth-quarter and full-year results after the market closed on Monday. Here are the highlights from the company's Q4 update. 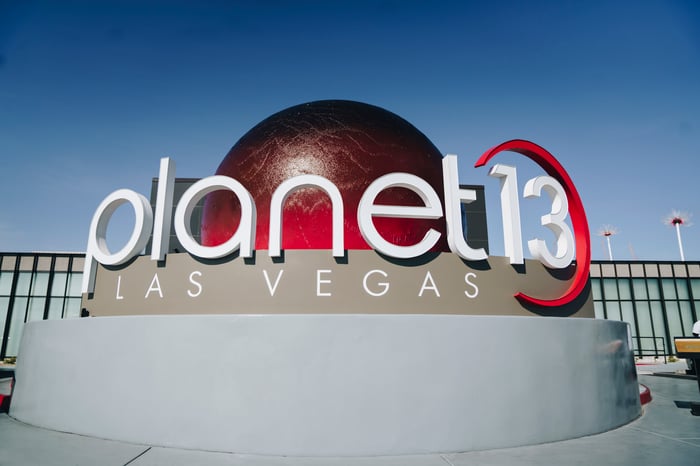 Planet 13 reported revenue in the fourth quarter of $20.1 million. Although this result was 22% higher year over year, it came in below the consensus analysts revenue estimate of $23.1 million.

Planet 13 generated adjusted earnings before interest, taxes, depreciation, and amortization (EBITDA) of $0.3 million in the fourth quarter. This result reflected deterioration from adjusted EBITDA of $2.6 million reported in the prior-year period.

The company ended the fourth quarter with cash, cash equivalents, and short-term investments totaling $79 million, up from $12.8 million as of Dec. 31, 2019.

At first glance, you might think that Planet 13's performance was really disappointing with misses on both the top and bottom lines. However, it's important to note that only two analysts currently cover the marijuana stock. That makes comparisons to average analyst estimates less meaningful than they'd be if more analysts covered Planet 13.

You can blame the COVID-19 pandemic for the company's less-than-inspiring Q4 results. Nevada imposed strict limits on how many customers were allowed in the Planet 13 SuperStore in Las Vegas. With that in mind, the 22% revenue growth looks pretty good.

Perhaps the most impressive statistic for Planet 13 was that it accounted for 8.2% of all cannabis dispensary revenue in the state of Nevada during the fourth quarter. This is a credit to the company's ability to pivot last year to delivering cannabis products with tourism in Las Vegas dropping off 55% year over year.

The best news of all in Planet 13's quarterly update was that things are improving significantly now. The company stated that it generated revenue of $23.8 million in the first quarter of 2021. That total includes $9.7 million in March -- Planet 13's best quarter ever.

Planet 13 co-CEOs Larry Scheffler and Bob Groesback sounded optimistic about the future. Scheffler proclaimed that "it is clear that Las Vegas is back." He expects that the company's revenue momentum will accelerate with more people receiving COVID-19 vaccinations and Las Vegas continues to reopen.

Groesback added that Planet 13's Orange County SuperStore in California is on track to open in July 2021. He said, "We poured everything we learned from two years running the greatest cannabis store in the world, into our Orange County location and are confident that this store will redefine the cannabis retail experience in California."

My Motley Fool colleague David Jagielski recently included Planet 13 as one of three stocks that he couldn't wait to buy in the next stock market crash. With the company's great performance in March combined with an improving tourism market and the launch of the California SuperStore on the way, this cannabis stock looks like a good pick regardless of what the stock market does.