Please ensure Javascript is enabled for purposes of website accessibility
Log In Help Join The Motley Fool
Free Article Join Over 1 Million Premium Members And Get More In-Depth Stock Guidance and Research
By Jeremy Bowman - Updated Apr 6, 2021 at 10:23AM

A broader sell-off pushed shares of the fintech lower.

Shares of Affirm Holdings (AFRM -16.88%) were sliding last month as the digital payments company got swept up in the broader sell-off in high-priced tech stocks and analysts reevaluated the stock after it surged following its January initial public offering (IPO). Shares finished March down 24%, according to data from S&P Global Market Intelligence.

As you can see from the chart below, much of the decline came in the first week of March amid a plunge in the Nasdaq, and the stock remained on a downward trajectory for the duration of the month. 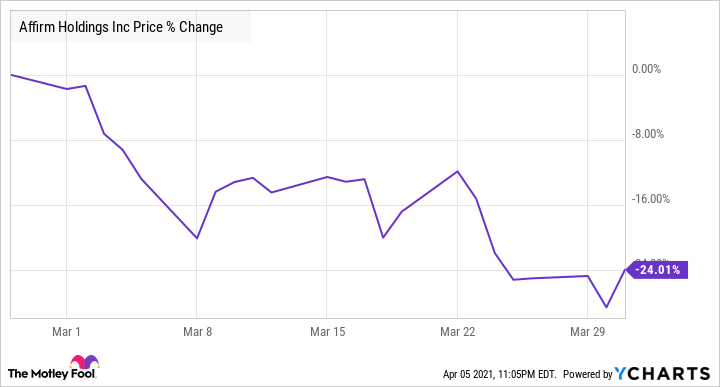 Affirm entered the month continuing to build momentum in its core "buy now, pay later" as retailers continued to partner with companies like Affirm to provide customer financing during a difficult economic time. But the tech stock seemed to become a victim of its own valuation early in the month as rising interest rates pressured investors out of growth stocks. The stock fell 20% in the first week of March as investors rotated into value stocks and cyclical plays expected to bounce back when the pandemic ends. 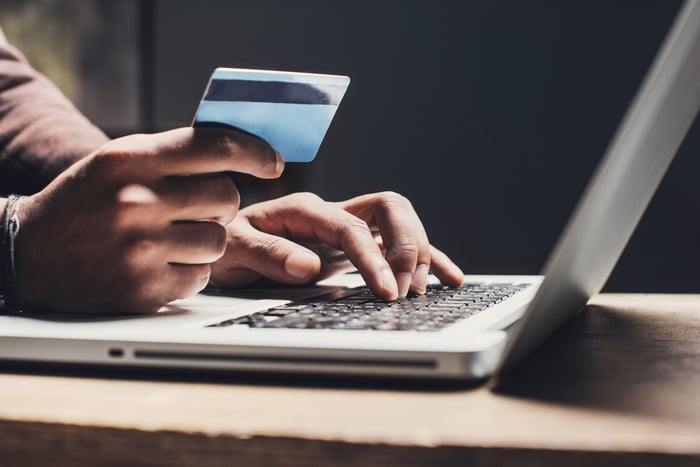 On March 17, Deutsche Bank lowered its price target on the stock from $120 to $92, noting that peer valuations had fallen, and kept a hold rating. The following week, Bank of America also expressed some hesitance, initiating coverage with a neutral rating and a price target of $78. Analyst Jason Kupferberg said that the company has an advantage over credit cards, but the stock could be pressured by the rotation out of growth stocks as well as the impending expiration of the lockup period, allowing insiders to sell.

After last month's sell-off, Affirm shares are trading at a post-IPO low, meaning the stock could be well priced now. In its first earnings report as a publicly traded company, it posted a 55% increase in gross merchandise volume to $2.1 billion, with revenue up 57% to $202.4 million. Revenue minus transaction costs jumped 141%, showing the underlying growth in the business. The fintech is still unprofitable, but margins should improve as it gains scale.

The rotation out of growth stocks will continue, but Affirm looks like a solid bet given its momentum and the fact that its product should be a winner coming out of the pandemic when Americans will be looking to spend money even if their finances might be weak.