Please ensure Javascript is enabled for purposes of website accessibility
Log In Help Join The Motley Fool
Free Article Join Over 1 Million Premium Members And Get More In-Depth Stock Guidance and Research
By Reuben Gregg Brewer - Updated Apr 6, 2021 at 7:33AM

Investors cheered the North American midstream giant's shares thanks to its shifting view of the energy sector.

Shares of U.S. pipeline goliath Kinder Morgan (KMI 1.32%) rose a hefty 13% in March according to data from S&P Global Market Intelligence. That stands in contrast to some of its closest peers, which were up, but not to the same degree. Here's one key reason why.

A portion of the advance is likely due to improving expectations for the broader energy sector as oil prices have rebounded off their 2020 lows. Higher oil prices should translate into increased demand for the pipelines, storage, and other assets that Kinder Morgan owns. Higher commodity prices will specifically benefit the company's CO2 division, which generates income by helping drillers improve the output of wells with Kinder Morgan's compensation tied, at least partially, to energy prices. 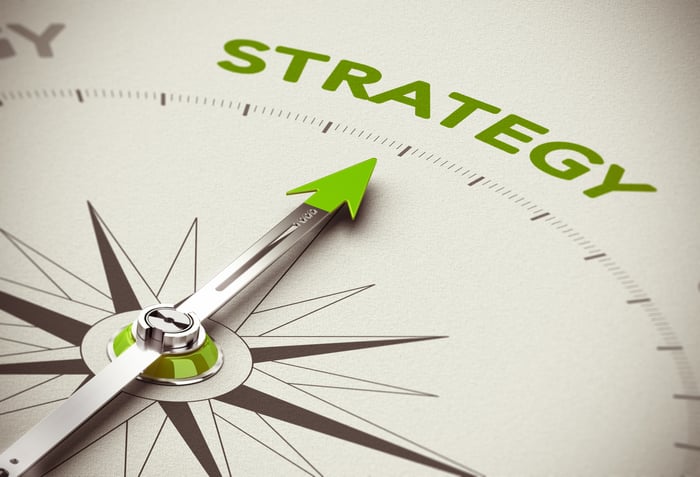 However, there was another bit of news during the month investors should be aware of. Kinder Morgan announced it was creating a new division to be called Energy Transition Ventures. The goal is to find ways in which Kinder Morgan can help the world transition toward clean energy. Basically, it is looking to use its cash-cow midstream business to help fund growth projects in the clean energy space, which is similar to what other big energy companies are trying to do. That is very much on target with the zeitgeist, and it's not shocking that investors would view the news favorably.

Creating a new division and actually making profitable investments are two very different things. So it might be too soon to get really excited about Kinder Morgan's Energy Transition Ventures group. But when you add the forward looking goal to the improving outlook for the energy sector as the global economy learns to deal with the coronavirus, it's not shocking that investors are increasingly positive about Kinder Morgan's future.