Please ensure Javascript is enabled for purposes of website accessibility
Log In Help Join The Motley Fool
Free Article Join Over 1 Million Premium Members And Get More In-Depth Stock Guidance and Research
By Keith Noonan - Apr 6, 2021 at 9:44AM

The SPAC stock now trades off roughly 42% from the all-time high it recently hit.

Shares of Osprey Technology Acquisition (SFTW) dipped 11.6% in March, according to data from S&P Global Market Intelligence. Valuations for many special purpose acquisition companies (SPACs) fell as the market moved out of growth-dependent tech stocks last month, and Osprey was hit by the pullback. 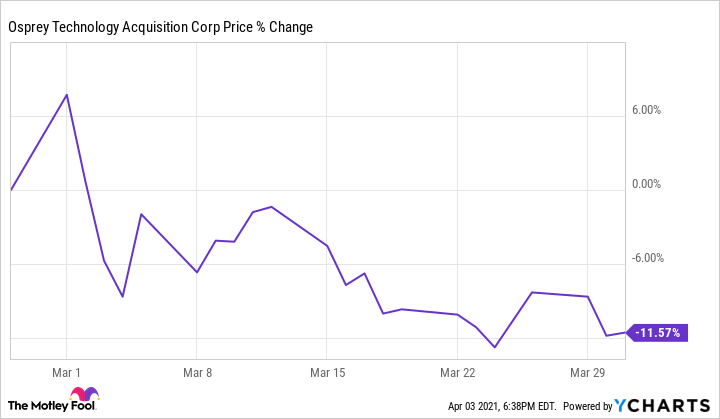 Osprey announced in February that it would be combining with satellite and data analytics specialist BlackSky Holdings and taking the company public through the merger. The SPAC's share price posted explosive gains after the announcement, but the stock quickly lost ground following the post-news pop, and sell-offs continued in March. 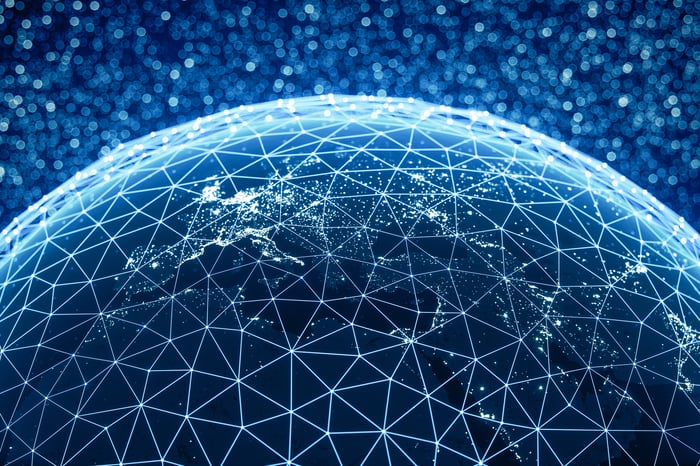 Osprey and BlackSky estimate that their combined company will have an adjusted enterprise value of $1.1 billion. Proceeds from the company's merger and new listing will be used to expand BlackSky's artificial intelligence (AI) and machine learning platform, build out the company's small satellite business, and invest in new sensors and other resources that can help growth initiatives in the commercial market.

Osprey Technology Acquisition stock has inched a bit lower early in April's trading. The company's share price is down roughly 0.6% in the month so far. 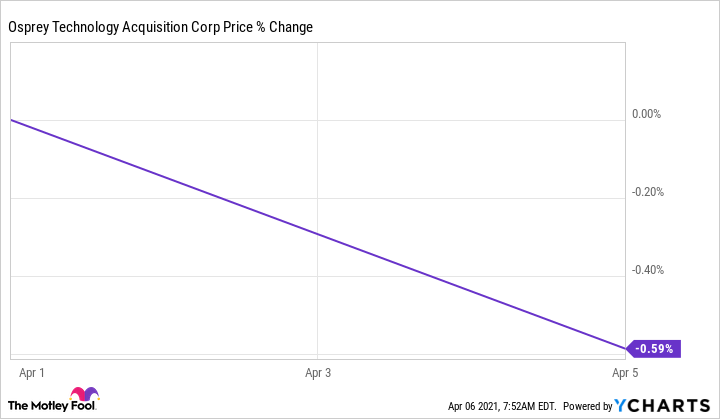 Osprey Technology hit a lifetime high of $17.47 per share after announcing its merger with BlackSky. However, the company's share price now trades down roughly 42% from its peak. There doesn't appear to have been much in the way of business-specific news behind the pullback, but SPAC stocks and space stocks have tended to be very volatile, and more big swings could be in order.

Osprey's merger with BlackSky is expected to close in July, and the company will then operate under the BlackSky name and trade under the BKSY ticker symbol on the New York Stock Exchange.