E-commerce sales exploded during the holiday quarter for this leading home goods retailer.

Shares of Williams Sonoma (WSM -1.62%) gained 36.5% in value last month, according to data provided by S&P Global Market Intelligence. The company delivered a better-than-expected earnings report for its fiscal fourth quarter that sent the stock price upward. It also announced an 11% increase in its dividend and a new share-repurchase authorization of $1 billion. The dividend hike brings its quarterly cash payout to $0.59 per share, or an annual dividend yield of 1.28% based on the current stock price of about $183.

The pandemic continued to spark demand for home products throughout its fiscal 2020, which ended on Jan. 31. Williams Sonoma saw a sharp acceleration in revenue growth last year, but management anticipates more modest growth as the economy reopens. 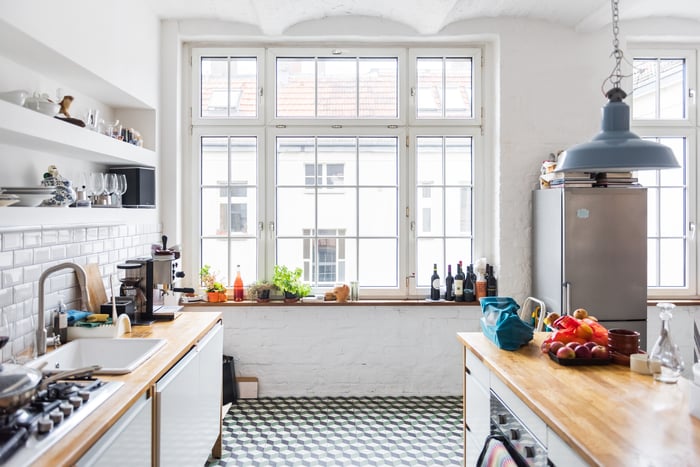 What was most impressive about this performance was that nearly 70% of total revenue came from e-commerce, which grew 48% year over year.

Moreover, the company experienced higher merchandise margins due to a reduction in promotional activity. That drove a 4.5 percentage point improvement in gross margin. Despite an increase in shipping costs related to the pandemic, the company still managed to lower its operating expenses as a percentage of revenue, which helped fuel 86% growth in earnings per share compared to the year-ago quarter.

Management anticipates another year of growth as retail foot traffic is expected to return. However, the company will be up against tough year-over-year growth comparisons, which will make it difficult to sustain its recent momentum. Current guidance for fiscal 2021 calls for revenue to increase at a mid-to-high single-digit percentage rate, but further improvements in non-GAAP (adjusted) operating margins should lead to a higher rate of earnings growth.

The outlook implies a modest annualized growth rate in revenue and earnings, so investors shouldn't expect the stock to continue climbing at its recent clip. The stock has already advanced 79% year to date, and trades at a fair valuation of 19 times forward earnings estimates.