Please ensure Javascript is enabled for purposes of website accessibility
Log In Help Join The Motley Fool
Free Article Join Over 1 Million Premium Members And Get More In-Depth Stock Guidance and Research
By Evan Niu, CFA - Apr 8, 2021 at 11:29AM

The Industrial IoT specialist is going private in a $1.1 billion deal.

Shares of ORBCOMM (ORBC) have skyrocketed today, up by 51% as of 11 a.m. EST, after the company said it was going private. Private equity firm GI Partners is acquiring ORBCOMM in an all-cash deal that values the satellite telecommunications company at $1.1 billion, including net debt.

GI Partners will pay $11.50 per share in cash to existing shareholders to scoop up ORBCOMM, and shares are now trading within pennies of that offer. ORBCOMM specializes in the Industrial Internet of Things (IIoT) and also offers satellite connectivity services. GI Partners invests in several industries, including data infrastructure. 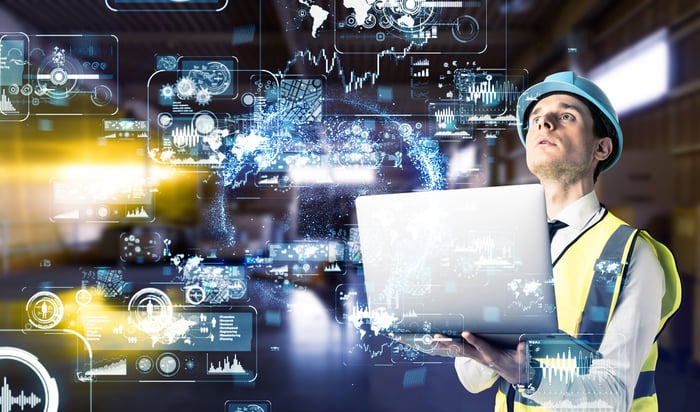 "This transaction will provide immediate and substantial value to ORBCOMM stockholders, reflecting the tremendous commitment and work of our employees and stakeholders," ORBCOMM CEO Marc Eisenberg said in a statement. "The partnership with GI Partners will provide us the opportunity to rapidly advance our long-term strategy."

ORBCOMM's board of directors has unanimously approved the deal, but shareholders will also need to sign off on the transaction. A special meeting of shareholders will be held soon so investors can vote on the sale, with the board recommending that shareholders vote in favor of the proposed deal. The company will have a 30-day go-shop period through May 7, where it can solicit competing offers from other potential acquirers.

The deal is expected to close in the second half of 2021. Eisenberg suggested that ORBCOMM will be better positioned to expand its market share in the IIoT sector as a private company.