Please ensure Javascript is enabled for purposes of website accessibility
Log In Help Join The Motley Fool
Free Article Join Over 1 Million Premium Members And Get More In-Depth Stock Guidance and Research
By Rich Duprey - Apr 9, 2021 at 7:44AM

Users of the popular stock investing app might not be making the best financial decisions.

The brokerage app Robinhood represents both the best and worst of investing today. It democratized the stock market for millions of new investors, introducing them to one of the world's best vehicles for creating wealth. Yet by making it so easy to buy and sell stocks at no cost, it also created incentives for many to invest in the market when that might not be the best place for their money.

And Robinhood traders tend not to have the best financial standing, suggesting that maybe they shouldn't be investing in the first place. 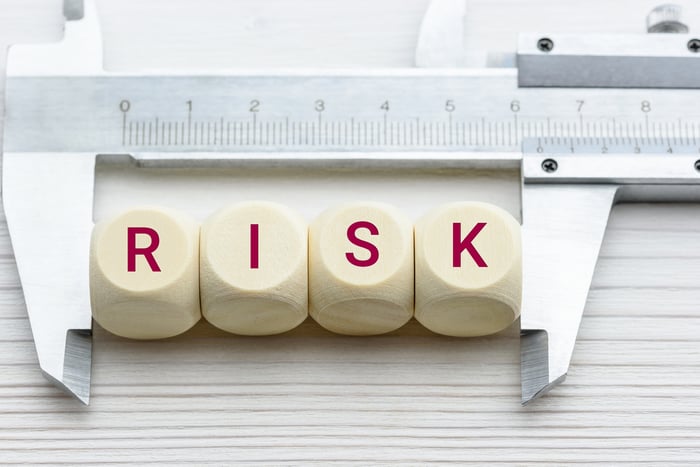 The January stock market uprising in GameStop (GME 0.92%) and AMC Entertainment Holdings (AMC -0.15%) might have been fueled by Reddit's WallStreetBets chat room, but it was Robinhood that had unlocked the gates and ushered the mob inside.

The popular brokerage app was downloaded more than 1 million times in just a two-day period during the height of the trading frenzy. When it finally blocked or limited the ability to trade GameStop, AMC, and a handful of other shares, investors felt betrayed.

While it might have seemed like Robinhood was colluding to protect the short-selling hedge funds from incurring further losses, CEO Vlad Tenev explained that just those few stocks were driving virtually all of the volume in trading on the platform, and Securities and Exchange Commission (SEC) regulations required it to make deposits to cover all the trades being made -- money it didn't have.

That wasn't too dissimilar from the situation Robinhood investors faced. Many traders were said to have piled into the stocks hoping to make a killing to pay off debt. But that isn't investing, it's gambling, and the risk of loss is high.

The Wall Street Journal reported many investors used the money made from the Reddit rally to pay down credit card debt and student loans. It quoted one trader who said:

And that's part of the problem. Investing is best used as a tool to build long-term wealth, and not for day trading. But Robinhood's frictionless platform -- which most other discount brokerages have since followed -- encourages more of a short-term mentality. And for those deep in debt or who have otherwise limited means, it could have serious consequences.

According to a study by Stilt, a lending site for immigrants and underserved banking populations, 43% of Robinhood users have a FICO score under 650.

FICO scores are the consumer credit scores generated by Fair Isaac (FICO 1.84%) that lenders see when evaluating creditworthiness. While a high score can mean easier lending terms, more perks, and lower interest rates, a lower score could mean more difficulty in getting a loan to make a big purchase, whether a car or home, or even getting approved for a credit card.

FICO scores range from 300 to 850, and the average American today has a 711 credit score, or what the Consumer Financial Protection Bureau considers a "prime" rating.

There are various factors that go into determining an individual's FICO score, but here's what the different ratings mean:

Based on age, though, the averages are skewed. Typically the older you are, the better your FICO score will be, with those 75 and older having the best scores, around 758 on average. Millennials (those age 24 to 39), who make up a large percentage of Robinhood users, have an average score of 680 (younger, whippersnapper Gen Zers average 674).

The Stilt survey also found Robinhood investors had the lowest credit scores of any of the major discount brokerages, with over 42% of all users falling into the poor to fair range. Only 15.6% had a FICO score exceeding 750.

So although Robinhood traders have "fair" credit generally, they are lower than average and tend to be lower than even those who are just beginning their credit history and would naturally have lower scores to start.

The single biggest factor that determines your FICO score, some 30% of the total, is what percentage of a person's credit is being used, because it could indicate that someone is overextended financially and represents a greater risk of defaulting on obligations.

It makes sense, then, that Robinhood investors would have low FICO scores yet are also investing to get out of debt.

While investing in stocks can help you amass wealth, it might be a better use of your financial resources to pay down your debt first instead of putting it into the stock market.

Paying off a credit card with a 21% interest rate is an immediate 21% return on your investment. Few stocks can hope to match those kinds of returns, notwithstanding outlier rallies like what occurred earlier this year.

Moreover, putting your money into troubled stocks like GameStop or AMC in hopes of catching a wave to pay off a loan is no different than going to Las Vegas and putting you money down on the roulette table. You might hit the jackpot, but you're much more likely to lose it all.

Obviously, just because you have a low credit score doesn't mean you shouldn't invest. Rather, you need to prioritize whether investing is the best place to put your money to have the biggest impact on your finances.