At a time when the U.S. is debating a major infrastructure bill, leading European rivals Veolia Environment (VEOEY 1.62%) and Suez Environment (SZEVY) have agreed to merge after several months of contentious discussions. The deal will have Veolia purchase Suez for 20.50 euros ($24.39) per share, compared with an initial offer of 15.50 euros. The purchase price represents the equivalent of about $15.5 billion, with the newly combined company expecting annual revenue of about $44 billion.

With the merger, the companies seek to take advantage of a growing focus on infrastructure and climate-change spending from governments worldwide. Though Suez generated more than 60% of its sales in Europe in 2019, the company operates on six continents. North America represented 13% of 2019 revenue, with the balance spread among South America, Africa, the Middle East, Asia, and Australia. 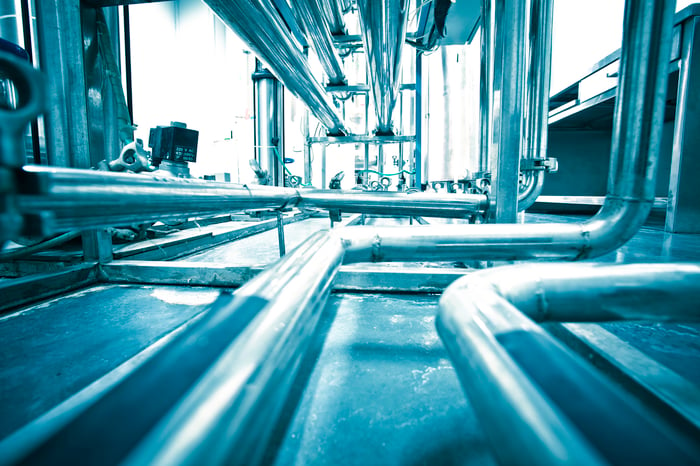 The larger Veolia has about twice as many employees, and provides water, waste, and energy management to municipalities and industries. Both companies date back to the mid-1800s.

In a joint statement, the companies said the agreement will create a "new Suez" with assets that are sustainable from both an industrial and social standpoint. It will also support "the implementation of Veolia's plan to create a global champion of ecological transformation," the statement added.

The majority of shareholders for the new Suez will be French, and must agree to social commitments and long-term ownership, the companies said. Suez chairman Philippe Varin added, "We will be vigilant to ensure that the conditions are met to reach a final agreement that will put an end to the conflict between our two companies and offer development prospects."