Please ensure Javascript is enabled for purposes of website accessibility
Log In Help Join The Motley Fool
Free Article Join Over 1 Million Premium Members And Get More In-Depth Stock Guidance and Research
By Leo Sun - Apr 12, 2021 at 8:24AM

Which digital healthcare company is a better long-term investment?

Veeva Systems (VEEV 0.26%) and Cerner (CERN) represent two different ways to invest in the digitization of the healthcare sector.

Veeva, which was founded in 2007, is much younger than Cerner, which was established back in 1979. Veeva's co-founder and current CEO is Peter Gassner, salesforce.com's former senior VP of technology, who spotted an untapped market for similar cloud services in the life sciences sector. 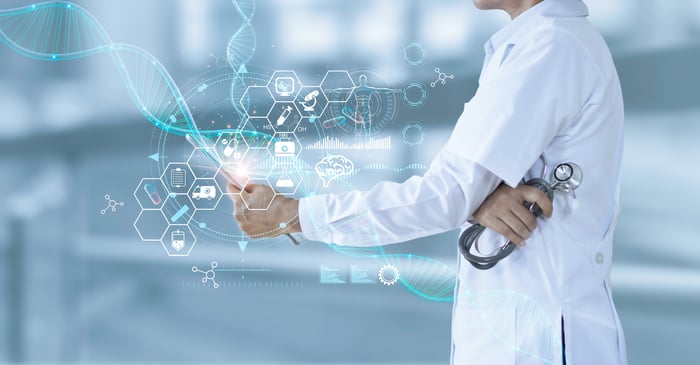 Cerner was founded by Neal Patterson and two of his colleagues at the accounting and consulting firm Arthur Andersen. The trio saw an opportunity to modernize the healthcare system with IT systems and services.

Veeva's stock has risen more than 270% over the past three years as escalating competition between drugmakers fueled demand for its cloud-based services. Cerner's stock has advanced less than 30% during the same period as its slower growth rates have attracted fewer investors.

But as rising bond yields spark a rotation from growth stocks to value stocks, will Veeva lose its luster and give Cerner a chance to catch up?

Veeva is still firing on all cylinders

Veeva's revenue rose 33% in fiscal 2021, which ended this January. Its adjusted operating margin expanded, its non-GAAP net income grew 36%, and it remained firmly profitable on a GAAP basis.

Its total number of customers, which include pharmaceutical giants like AstraZeneca and Merck, rose 15% to 993 for the full year. Its Commercial Cloud and Vault platforms gained 11% and 19% more customers, respectively, over the previous year.

Veeva's subscription revenue retention rate, which gauges its revenue growth per existing subscriber, rose from 121% in 2020 to 124% in 2021. That stickiness widens its moat against minor rivals like IQVIA.

Veeva expects its revenue to rise 20% in 2022, but for its adjusted earnings to grow just 9% as it ramps up its investments and faces tougher year-over-year comparisons to its lower spending during the pandemic.

However, Veeva still aims to generate $3 billion in annual revenue by fiscal 2025, which implies its top line will grow about 20% annually over the next four years. Veeva's stock isn't cheap at 70 times forward earnings, but its robust growth, sticky ecosystem, and confident outlook all justify its premium valuation.

Cerner suffers a slowdown during the pandemic

Veeva's business was resistant to the pandemic since drugmakers needed to keep using its services to track customer relationships, store and analyze data, and track the latest clinical trials and regulations. 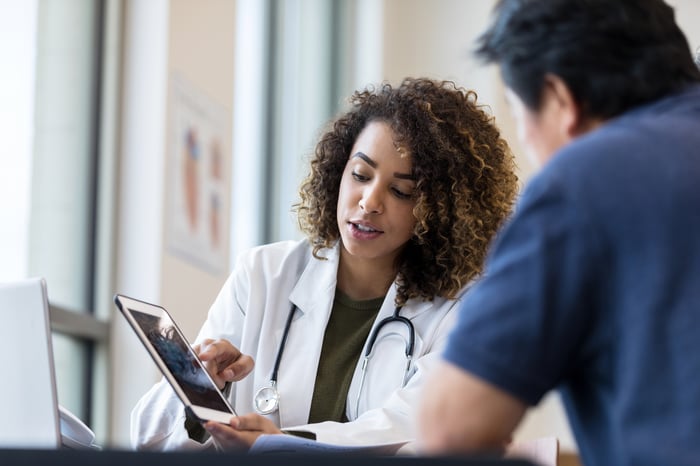 However, Cerner suffered a slight slowdown as strained hospitals spent less money on IT upgrades during the pandemic. Its revenue, after being adjusted for divestments, grew just 1% to $5.51 billion in fiscal 2020.

But during last quarter's conference call, CEO Brent Shafer said the pandemic "validated" Cerner growth initiatives, including the "creation and expansion of health networks" and the improvement of "real-time health system capabilities in consumer-facing health strategies."

Several of Cerner's higher-growth segments, including its real-time Health System and consumer-facing business, continued to expand throughout the pandemic. It focused on cutting costs as its revenue growth decelerated, which boosted its adjusted operating margin as its non-GAAP earnings grew 6%.

Cerner expects its revenue to rise 4%-8% in fiscal 2021, as some of the pandemic headwinds wane and it closes its takeover of Kantar Health. It expects its adjusted earnings to increase 9%-13% as it continues to focus on cutting costs in a post-pandemic world.

Cerner trades at just 20 times forward earnings, but that lower valuation reflects the maturity of its business and its slower growth rates. It pays a forward dividend yield of 1.2%, but that's still lower than the 10-year Treasury's current yield of 1.7%.

Veeva is a better investment than Cerner because it generates stronger growth with a simpler business model, its core customer base is resistant to recessions, and it doesn't face any meaningful competitors.