Please ensure Javascript is enabled for purposes of website accessibility
Log In Help Join The Motley Fool
Free Article Join Over 1 Million Premium Members And Get More In-Depth Stock Guidance and Research
By Rich Duprey - Apr 12, 2021 at 10:10AM

The plant-based meat alternative is finding greater acceptance of its products in more markets.

Already in 80 countries and 122,000 retail and food outlets across Europe, Beyond Meat (BYND 7.18%) is set to extend the reach of its plant-based meat alternatives even further across the continent.

The maker of beef, pork, and chicken alternatives announced Monday that beginning this spring it will add its products to thousands of new stores in the U.K., Germany, Austria, Switzerland, and the Netherlands. Major retailers in those countries including Sainsbury's, Waitrose, Migros, and others will carry Beyond Meat products for the first time, expand their offerings, or add them to new locations. 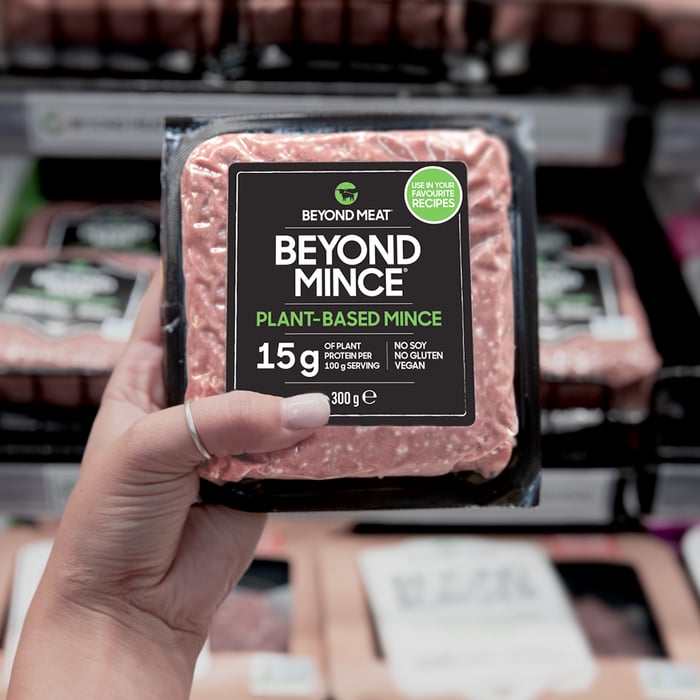 Beyond Meat said plant-based food sales in Europe jumped 49% over the past two years, and "because of our strict ingredient guardrails, we've been able to more easily enter global markets including the EU to make plant-based meat options that are better for people and the planet more accessible to all."

Beyond Meat products are made without genetically modified ingredients, which a number of EU countries have banned.

One of its latest products is Beyond Mince, a minced beef alternative. Unlike ground beef, which can contain additives, minced beef is traditionally only meat that's finely ground. This new product should help Beyond Meat expand into countries such as France, Spain, Belgium, and Italy.

Beyond Meat opened its first co-manufacturing plant in the Netherlands last year in addition to acquiring its own manufacturing facility. It recently announced the opening of its first end-to-end manufacturing plant outside of the U.S., which is located near Shanghai, China. Both facilities are intended to help Beyond better serve the markets it views as vital to future growth.