The secondhand sneakers will be sold as a separate product line named Nike Refurbished.

Getting in on the surging secondhand clothing market, Nike (NKE -1.00%) revealed a new "Nike Refurbished" line of sneakers and athletic shoes, in which returned shoes are cleaned up and put on sale for a reduced price. The company is initially trying out the new product line at 15 store locations, scattered across the length and breadth of the United States from the East Coast to California. The press release says additional stores will be added over the course of the year, and international availability is also planned.

The shoes are selected from those returned within 60 days of purchase, the company's standard return period. Rather than being disposed of, these sneakers will now undergo inspecting and grading to determine their quality. 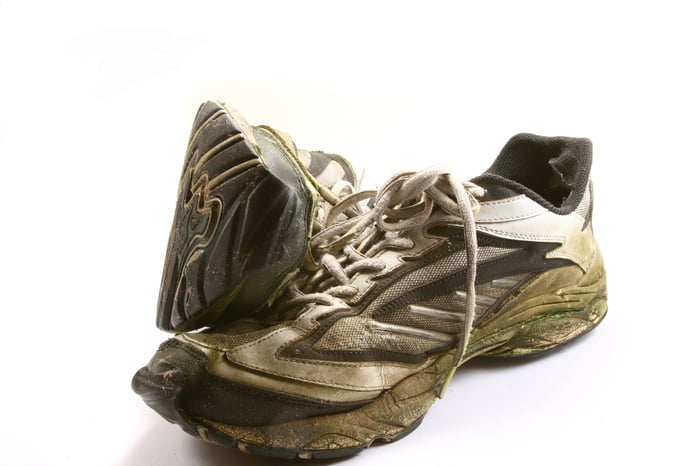 Nike says it will offer three grades of Nike Refurbished footwear. These include "like new," with no visible wear; "gently worn," with visible wear; and "cosmetically flawed," which have no wear but may be stained or discolored. The shoes are sanitized and then returned to store shelves at a markdown.

The secondhand clothing market has seen rapid growth in recent years. According to a study by GlobalData Market Research in partnership with recent online secondhand marketplace company IPO ThredUp (TDUP 2.00%), concerns about thrift and sustainability have combined to make many consumers eager to buy used clothing and footwear. The market is expected to reach $64 billion annually by 2025.

Nike is also making notable gains in e-commerce, which raises the possibility of offering Nike Refurbished online as well since the online secondhand market is growing even faster than the offline sector. The company has not indicated any plans to sell the refurbished sneakers anywhere but in physical brick-and-mortar stores at this point, however.