The retail giant's share price could nearly double by 2024, the firm claims.

Despite its stock value having climbed more than 65% over the past year, online retail and tech titan Amazon (AMZN -1.23%) still has a gigantic growth spurt coming, one major analyst claims. Brent Thil, an analyst with Jefferies Financial Group, said in a research note today Amazon is likely to see a 70% rise over the next three years, and he sees a "pathway to $5,700" for the company, The Fly reports.

The official Jefferies price target for Amazon remains $4,000, a much more modest 17% rise from current share value. Thil's speculative valuation, $1,700 higher than this point, doesn't depend on any one facet of Amazon's operations or situation, but is based on a "sum of its parts" view. He did, however, single out Amazon Web Services, or AWS, saying it is Amazon's "most valuable business and is positioned for continued strength." 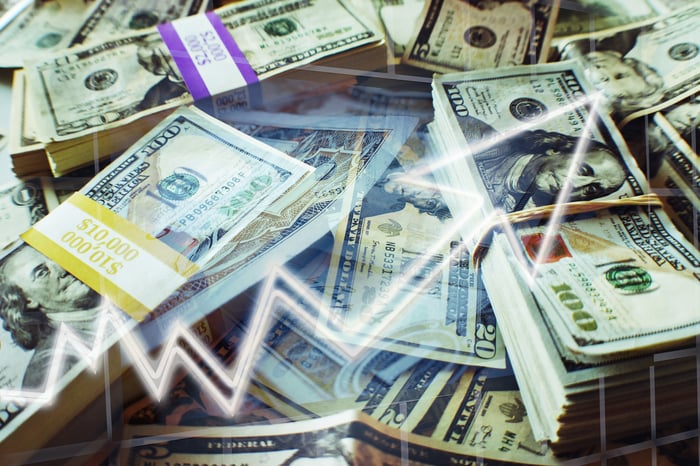 Benzinga reports CNBC's Jim Cramer provided some additional commentary on Thil's $5,700 prediction. Cramer, pointing to Jefferies' $1.25 trillion valuation of AWS, described the cloud platform as "an undervalued asset buried within this company." He remarked Prime Video and Amazon's advertising are two other sources of strength, and summed up Amazon by saying "I think it is going to prove to be an excellent long-term value."

Notably, a previous bullish Amazon forecast from Jefferies came true. In April 2019, Brent Thil predicted the company's shares would reach $3,000 in two years, a roughly 65% upside compared to the $1,828 stock price at the time. Amazon's current value of $3,400 vindicates Thil's optimism and the company's possible telehealth expansion shows it's still working to keep up the momentum.