Please ensure Javascript is enabled for purposes of website accessibility
Log In Help Join The Motley Fool
Free Article Join Over 1 Million Premium Members And Get More In-Depth Stock Guidance and Research
By Brent Nyitray, CFA - Apr 13, 2021 at 7:13AM

A recent event points out the risk of black swans.

Archegos Capital Management's recent meltdown shines a light on a fact of life that financial companies don't like to talk about: counterparty risk. Briefly, Archegos was a hedge fund that used derivatives to add leverage to its positions. When Archegos' investments plunged and the fund blew up, the banks that lent to it were on the hook for their counterparty's losses. Credit Suisse ended up losing $4.7 billion.

Financial crises have a way of taking out even firms that are supremely confident in their risk management systems. Financial models often create a sense of security, but just because a risk is hard to model doesn't mean it doesn't exist.

This is something that investors who are considering buying the dip in Lemonade (LMND 2.57%) should keep in mind. To be clear, Lemonade doesn't seem to have any more counterparty risk than most insurers. But that's the point -- and it bears investigating before you pay up for an insurance company that's valued like something much different. 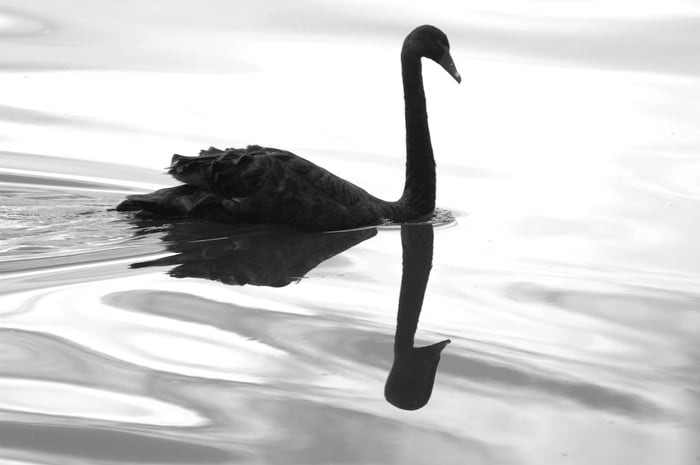 Data as a competitive advantage

Lemonade is a financial services company geared toward young adults. Its growth case is built on the hope that young customers who start with a small relationship -- say, a pet or renters policy -- will pay for more products and services as they get older and start looking for home or life insurance. The company is still expanding its offerings; on the latest earnings call, CEO Daniel Schreiber teased an unnamed product that's taking up a large amount of the company's resources.

Insurance relationships can be sticky, as USAA can attest. USAA concentrates on the military and veterans, offering auto insurance when customers are in their early 20s and then building the relationship as they age. One big difference is that USAA limits its customer base, so it took 47 years to reach a million customers. Lemonade, on the other hand, got there in four years. And its in-force premiums rose 87% year over year in the fourth quarter, so clearly it's doing something right.

Lemonade uses machine learning for modeling consumer preferences and for risk management. It then uses a group of reinsurers to take some of that risk -- 75% of its total premiums. It believes that its use of data will make it better able to analyze risk than its competition and that its stickiness will disrupt what is largely a mature industry. Is that actually a reasonable proposition?

The overarching fact is that insurance and financial products are a very mature market. These companies are in the business of managing measurable risks, which people have been doing since Lloyd's of London. Is it possible that Lemonade has some secret sauce via artificial intelligence (AI) and machine learning? Certainly. But one of the fundamental laws of markets is that edges don't last. Even if Lemonade's secret sauce is insanely profitable, well-funded competitors will get to work figuring it out. And then the edge will be gone.

And note that the use of AI in insurance isn't all that new. Auto insurance companies like State Farm, Progressive, and Liberty Mutual have used AI and machine learning to model driver behavior and charge accordingly. Chatbots drive a lot of the customer interaction at Allstate, and have helped the company cross-sell. So while Lemonade's data mining may give it an advantage, its competition is not at a standing start.

Lemonade is also highly dependent on modeling. Companies that put a lot of stock in the use of complex models for risk management often run into what is called the "black swan" event. These events are universally recognized as rare, but possible. In fact, one seems to happen every few years. Here's a likely scenario: Everyone begins using the same model. And once everyone uses the same model, there's the risk of having too many people on one side of the boat, and illiquid financial markets blowing a hole in firms' balance sheets.

These things happen, and it is more likely than not that some event will hit the financial markets, and some of Lemonade's counterparties -- the reinsurers we talked about in the previous section -- may become distressed themselves.

Financials generally trade at low multiples for a reason

Lemonade is an insurance company whose stock is valued with a tech multiple. The stock is trading with a market cap of $5.5 billion on $94 million in 2020 revenue -- a price-to-sales ratio around 58 times. Financial stocks generally don't trade with tech multiples for a reason: The financial business is characterized by some great years and some downright awful ones. Financial crises are a fact of life, and they throw off a lot of shrapnel. Compare Lemonade's valuation with Progressive's (about 1.5 times sales) and Allstate's (a little over 1).

Even if Lemonade can use machine learning to model the market better, counterparty risk and black swans can't be modeled, and can't be hedged against. It may be growing like a tech company, but the industry dynamics haven't changed much in 300-plus years.