Please ensure Javascript is enabled for purposes of website accessibility
Log In Help Join The Motley Fool
Free Article Join Over 1 Million Premium Members And Get More In-Depth Stock Guidance and Research
By Jason Hawthorne - Apr 14, 2021 at 6:12AM

It's a gamble, but the payoff might be worth the risk.

Some stock traders have short attention spans. Shares can have dramatic rises over the course of months, only to be forgotten at the first sign of trouble. This is especially true in the biotech world, where data from a clinical trial can be the difference between billions in revenue or auctioning off scraps of intellectual property.

Vaxart (VXRT 2.39%) has already experienced this boom-and-bust cycle in 2021. But I think the forgotten drugmaker could be pausing before grabbing Wall Street's attention once again. If Vaxart can prove investors wrong, the stock may be back near all-time highs by summer. 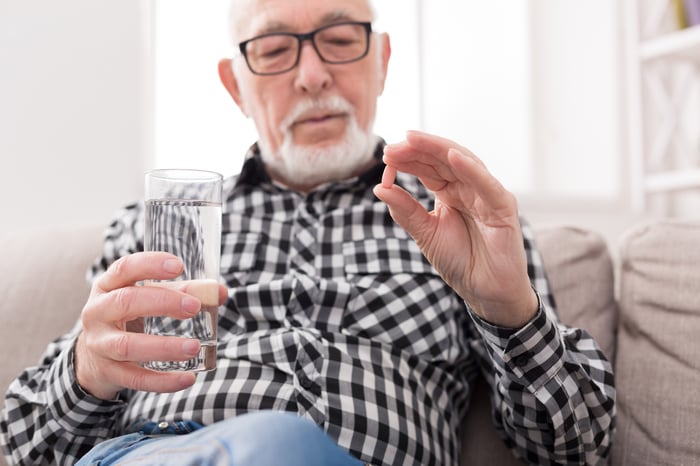 The thrill of anticipating victory

As of early February, Vaxart stock had returned more than 6,500% over the previous year. The company had been scrutinized over its dubious claims about involvement in Operation Warp Speed (OWS), and was reportedly being investigated by both the U.S. Department of Justice and the Securities and Exchange Commission. That hadn't dampened the excitement over its clinical trial of a tablet-based vaccine for COVID-19; the stock spiked in anticipation of the phase 1 data.

As these early-stage results go, Vaxart was successful. Its oral drug VXA-CoV2-1 was deemed safe, and it had produced a T-cell immune response. Unfortunately for shareholders, something was missing. Even worse, it was something investors very badly wanted to see: Management explicitly called out the absence of neutralizing antibodies. Those antibodies had been seen as the critical indicators of efficacy for both the Moderna and Pfizer vaccines. Judgement came swiftly.

The agony of apparent defeat

After the results, the stock fell nearly 60% despite the positive spin from management. The dearth of neutralizing antibodies probably shouldn't have been that much of a surprise; the company's tablet platform works differently than an injectable. A previous study comparing its flu vaccine with Sanofi's market-leading Fluzone should have been a clue.

That trial, which was funded by the U.S. Biomedical Advanced Research and Development Authority (BARDA), showed that Vaxart's flu-vaccine candidate was more effective at preventing influenza, despite producing neutralizing antibodies at a rate only about one-thirtieth of Sanofi's drug. At least for influenza, it wasn't the antibodies that did the heavy lifting of protection.

With the stock now down 77% since early February, and the disappointing results explained by management, shareholders are left to wait for another update. The hope is that data for VXA-CoV2-1 will demonstrate a result similar to Vaxart's flu-vaccine candidate. The company has dropped off the radar during the wait. The average number of shares traded per day has dropped nearly as much as the stock price.

One reason investors may have moved on is the proliferation of vaccines already on the market. Billions of vaccines are already slated to be produced this year, and enough agreements and logistics networks are in place to stunt any inroads the company might make in the developed world. Still, hiccups with major producers, especially in Europe, offer a glimmer of hope.

Administration of AstraZeneca's vaccine has been suspended in some countries after a small percentage of recipients developed serious blood clots in the brain. Johnson & Johnson had only recently begun shipping doses to Europe after production issues caused delays, and concerns about clotting issues were raised. Outside developed nations, only 0.2% of the world's vaccines have gone to lower-income countries. All of this leaves the door open for Vaxart if it can get its pill approved.

The next step should come when the company advances to phase 2 trials. There it will study the optimal dosing for its candidate, as well as whether a single dose boosts immunity for individuals who have already been vaccinated or exposed to the virus. Phase 1 data for the primary outcomes is expected to be available in mid-May, with the overall study estimated to be complete in October.

Those still holding shares are hoping the data proves overwhelming. That could mean the T-cell response is not only effective against all variants of the virus, but also at blocking transmission. If it fails, the company can at least fall back on other vaccine candidates. The most promising are the one for influenza and another for norovirus. Management believes the norovirus opportunity alone could be worth $10 billion in the U.S. and another $5 billion internationally.

After falling almost 80% from its highs, it might look like Vaxart should be near the bottom. It's important to remember that shares are still up around 1,400% since the pandemic began, and they could continue falling if the company's science doesn't pan out.

That said, the opportunity is large, and other major suppliers continue to stumble. Given the early data, and the similarities to Vaxart's flu vaccine, a positive surprise from the coronavirus vaccine tablet could propel shares higher. At a market capitalization of a mere $615 million, the stock might be worth the risk.