Please ensure Javascript is enabled for purposes of website accessibility
Log In Help Join The Motley Fool
Free Article Join Over 1 Million Premium Members And Get More In-Depth Stock Guidance and Research
By Howard Smith - Updated Apr 15, 2021 at 9:52AM

The cryptocurrency exchange made its public debut just yesterday, and investors are piling in.

The highly anticipated debut of Coinbase Global (COIN -6.68%) on the public markets went about as planned on Wednesday. Using a direct listing process, rather than a traditional initial public offering (IPO), the cryptocurrency exchange platform started trading far above its $250 reference price, closing the session at about $328 per share.

Prior to its first full day of trading Thursday morning, the stock jumped more than 11% in premarket trading, and sits about 7.8% higher as of 7:45 a.m. EDT.

Some of the early morning investor interest undoubtedly comes from the new access traders have to invest in a proxy for Bitcoin (BTC 3.34%) and other cryptocurrencies. But much of the excitement is also likely due to the fact that popular investor Cathie Wood said she bought almost $250 million worth of Coinbase yesterday for her Ark Invest exchange traded fund (ETF), according to CNBC. 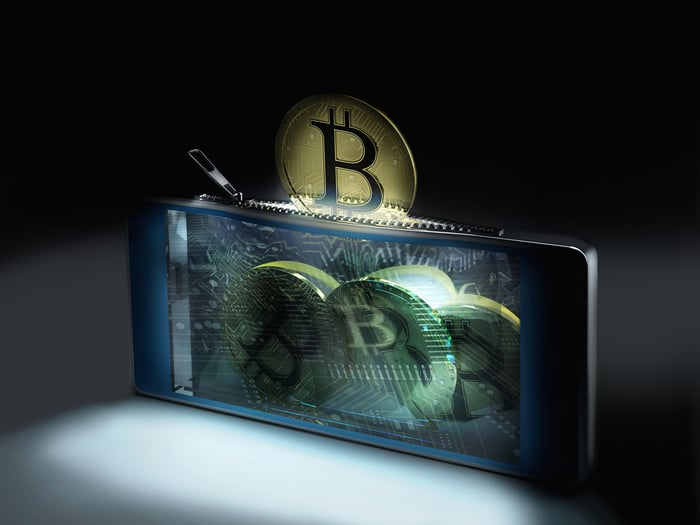 While the platform is a vehicle for investing in the full cryptoeconomy, the company was started nine years ago with the "idea that anyone, anywhere, should be able to easily and securely send and receive Bitcoin," according to a company statement.

Wood is a fan of cryptocurrencies, including Bitcoin. She said last fall in an interview with Barron's that she believed Bitcoin could hit $500,000 as it gains acceptance with institutional investors. At the time, Bitcoin was trading at under $20,000, and it has more than tripled since then.

Coinbase retreated from the $100 billion valuation level it reached during trading yesterday, but it is still valued at about $90 billion this morning. In its preliminary first-quarter earnings estimates, the company said revenue in the quarter would be about $1.8 billion. Investors interested in Coinbase should do their own research before blindly following others in, but it could make for an interesting speculative investment.