Please ensure Javascript is enabled for purposes of website accessibility
Log In Help Join The Motley Fool
Free Article Join Over 1 Million Premium Members And Get More In-Depth Stock Guidance and Research
By Keith Speights - Apr 16, 2021 at 11:24AM

Shares of Bionano Genomics (BNGO 0.00%) were tumbling 6.7% lower as of 11:10 a.m EDT on Friday. The company didn't report any news nor were there other developments that would explain the stock's decline. Instead, today's drop appears to be due to the volatility that's relatively typical for the stock.

When a high-flying growth stock like Bionano sinks for no apparent reason, the best thing for investors to do is focus on the fundamentals of the company's business. For Bionano, the fundamentals revolve around its Saphyr genomic sequencing system. 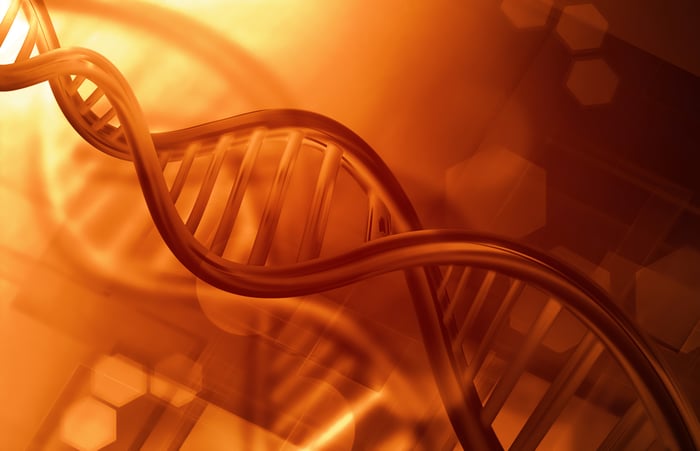 Saphyr supports structural variation analysis that's especially helpful in cytogenetic research (the study of changes in chromosomes). Bionano's installed base of Saphyr systems totaled 97 at the end of 2020. Even during the pandemic, the company was able to increase its installed base by nearly one-third.

Bionano generates revenue from instrument sales. However, over the longer term as its installed base size grows, sales of consumables including chips and reagents is where the company should make even more money.

One of the most important ways for Bionano to increase its Saphyr installed base is to roll out more laboratory-developed tests (LDTs) for the system. The company should achieve significant progress toward this goal in the coming months.

Bionano expects to receive accreditation for LDTs for acute lymphocytic leukemia and facioscapulohumeral muscular dystrophy in certain European markets by the end of the second quarter. It also plans to launch prenatal assays and expand its menu of pediatric assays in the third quarter.