The company's shares have taken a hit since a fatality was apparently caused by one of its products.

Engulfed by controversy following the death of a child apparently caused by one of its exercise machines, Peloton Interactive (PTON -0.55%) is nevertheless a buy. So says Stifel analyst Scott Devitt, who on Monday reiterated his buy rating on the stock at a price target of $170 -- almost 58% above the most recent closing price.

It's a counter-intuitive move as the government's Consumer Product Safety Commission bluntly advised people over the weekend to stop using the Peloton Tread+, the product that allegedly caused the fatality. The Commission "believes the Peloton Tread+ poses serious risks to children for abrasions, fractures, and death," citing "multiple reports of children becoming entrapped, pinned, and pulled under the rear roller of the product." 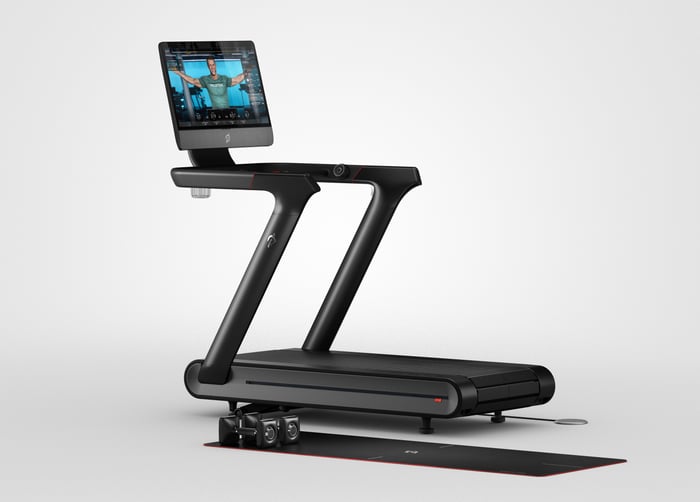 It said that it is aware of 39 incidents of injury, including one death, resulting from use of the machine.

Peloton fired off a response, characterizing the recommendation as "misleading" and "inaccurate." It said that the Tread+ "is safe for the home when used in accordance with warnings and safety instructions."

Devitt believes Peloton will find a way to make Tread+ safer and will thus manage to keep it on the market. "We expect the issue regarding the Tread+ could end with a protective guard added to the end of the treadmill or a similar remedy," he wrote in a research note.

"While we don't believe the event will have lasting consequence for the company, the timing of it isn't great given the short-term vulnerability the stock has to increased human mobility ... we would be patient buyers of PTON shares on price pullbacks like [what] has been presented today," he added.

On Monday, Peloton was among the market's big losers, shedding nearly 7.3% of its value against only a 0.5% decline for the S&P 500 index.