Low-nicotine cigarette maker 22nd Century Group has its moment in the sun, however.

Menthol cigarettes and cigarettes with a high level of nicotine could both be on the chopping block, The Wall Street Journal and Bloomberg report, as the Biden administration considers new restrictions on tobacco products sold in the USA. Major tobacco company and Marlboro parent Altria Group (MO 1.15%) and international cigarette maker Philip Morris International (PM 0.99%) both slipped lower on the news in afternoon trading.

Though the Biden administration has not commented directly on the news, sources within it have said a major reduction in nicotine levels is being considered. The move would aim at making tobacco products less addictive and thus theoretically make alternative products believed to be healthier more appealing. 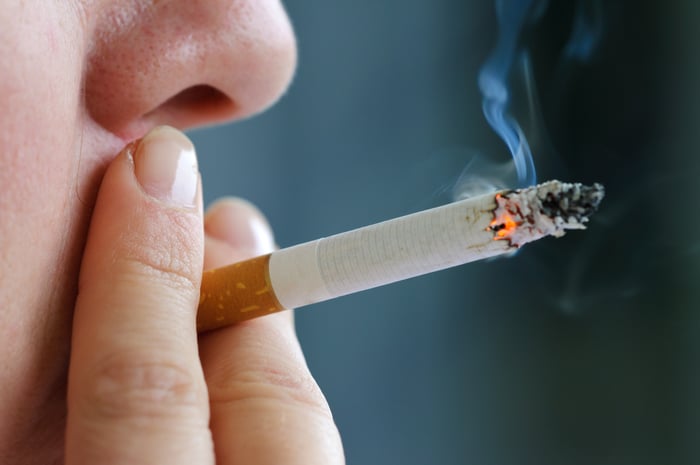 In addition, the FDA might be seeking a complete ban on menthol cigarettes. The Centers for Disease Control website claims menthol makes "cigarettes seem less harsh and more appealing to new smokers and young people," while asserting the cigarettes are just as harmful to health and even more addictive than ordinary tobacco products. The ban, if put in place, would target the type of cigarette smoked most frequently by people 12 to 17 years old.

Because of an existing lawsuit, the FDA must choose whether or not to seek a ban by April 29. Altria responded to the potential changes with an email stating that any decision "must be based on science" and said the government should also weigh "the growth of an illicit market and the impact on hundreds of thousands of jobs" resulting from its policies, Bloomberg reports.