Please ensure Javascript is enabled for purposes of website accessibility
Log In Help Join The Motley Fool
Free Article Join Over 1 Million Premium Members And Get More In-Depth Stock Guidance and Research
By Reuben Gregg Brewer - Apr 19, 2021 at 11:45AM

A big announcement between the two companies led to exactly the responses you would expect from their shareholders.

Shares of office furniture maker Knoll (KNL) surged upward by 34% as trading got underway on Monday. At the same time, competitor Herman Miller (MLKN 2.22%) saw its stock drop 12.5%. The news driving both moves was exactly the same, and investors' responses here were pretty much what you'd expect. 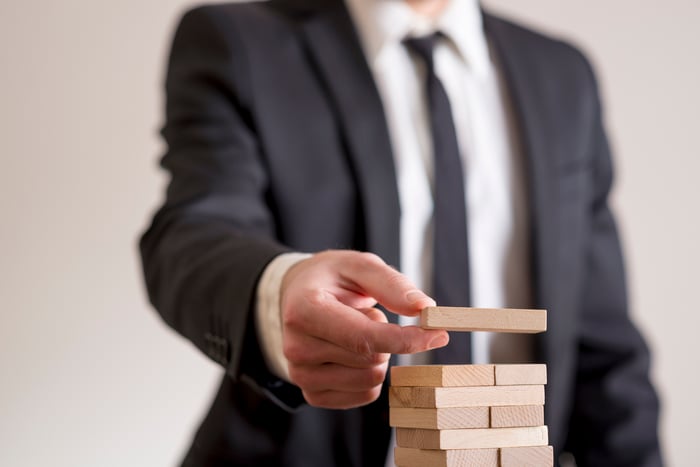 The two stocks are likely to trade in lockstep for now, given the stock component of the deal. So the drop in Herman Miller's share price Monday morning effectively limited the upside potential for Knoll shares. This partly explains why Knoll didn't rise by 45%. That said, the market is also factoring in the normal discount applied to such deals given the risk that they may fall apart.

Although the companies offered the usual glowing reviews of the deal, the driver of this merger appears to boil down to a desire for greater scale, plus the ability to trim $100 million in annual costs out of the combined businesses (so-called synergies). That said, Herman Miller expects the acquisition to be accretive to cash earnings in its first year, so, if things go according to plans, it seems like a solid move.

Based on the dramatic stock price moves here, it's pretty obvious that the cat is out of the bag. With such a large gain behind them, Knoll shareholders now have to decide if they want to be investors in Herman Miller, or if they just want to take the money and run. Herman Miller investors, meanwhile, need to decide if this acquisition fits with their long-term expectations. While there's no rush for investors in either company to make up their minds, the deal is expected to close by the end of the third quarter.