Please ensure Javascript is enabled for purposes of website accessibility
Log In Help Join The Motley Fool
Free Article Join Over 1 Million Premium Members And Get More In-Depth Stock Guidance and Research
By Howard Smith - Updated Apr 20, 2021 at 11:13AM

Shares of electric vehicle (EV) start-up Fisker (FSR -1.79%) got a boost today after an analyst initiated coverage with a buy rating, adding several bullish comments on the company and the stock. After popping 18% early on Tuesday, shares remained up about 9% as of 10:45 a.m. EDT.

Analysts at Bank of America (BAC -0.83%) said investors should buy Fisker, predicting shares could jump 150% from Monday's closing price to $31 per share. The analysts based that price target on 2025 sales and EBITDA estimates, comparing the valuation to that of Tesla's (TSLA -0.57%) early trading multiples. 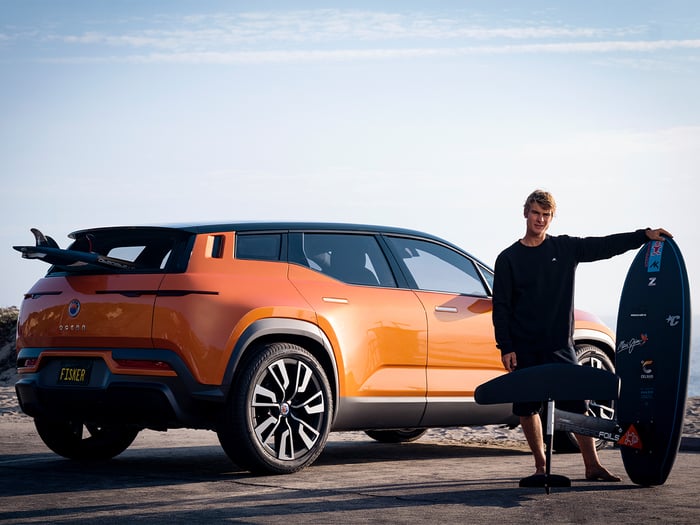 Fisker has contracted with automotive supplier Magna (MGA -3.54%) and technology company Foxconn to manufacture its EVs. The Bank of America analysts believe that business model has competitive advantages, but they warned that there are other risks. In the report, they stated, "We remain a bit cautious on [Fisker's] go-to-market strategy, namely its flexible leasing program, which we believe may overcomplicate the business mode." However, they qualified that risk as possibly being mitigated by a potentially limited scope of the leasing program.

The analysts suggest keeping an eye on reservation trends for the Ocean SUV, which is set to begin production in late 2022. The latest data from Fisker in early March said it had 14,000 reservations for the Ocean. That marked an increase of more than 450% since mid-October 2020. Investors will need to follow these numbers, as well as the start of actual production, to see if the story plays out as these analysts believe it will.