The company announced results from an early-stage clinical study.

Shares of Syndax Pharmaceuticals (SNDX 3.08%) were sinking 28% as of 11:32 a.m. EDT on Tuesday. This big decline came after the company reported positive results from a phase 1 study evaluating SNDX-5613 in treating leukemia.

Normally, when a biotech stock plunges after announcing clinical results, it's because the news was really bad. However, that didn't seem to be the case for Syndax -- at least on the surface. 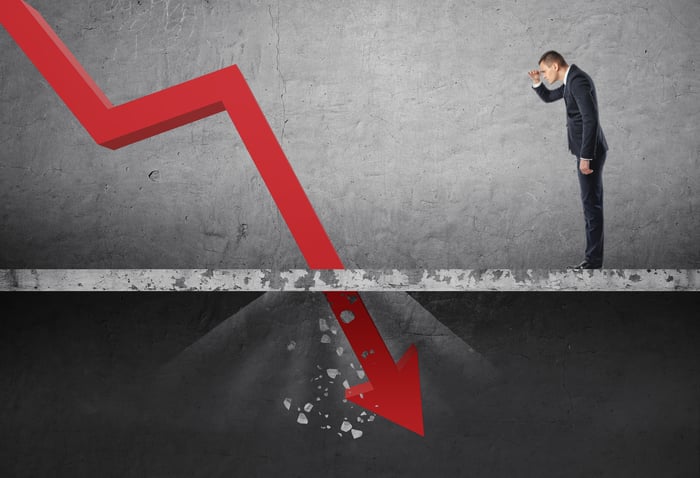 Syndax said that the experimental therapy was generally well tolerated. There weren't any treatment-related discontinuations in the study. The company said that the only grade 3 or greater (more serious) adverse events occurring in at least 5% of patients in the study were QT prolongation (where the heart muscle takes longer than normal to recharge between beats), anemia, and differentiation syndrome (a complication from leukemia treatments).

So why did Syndax's shares fall? It's probably because some investors were still concerned about the safety profile of SNDX-5613. The company said that two of the 22 patients (9%) at the recommended phase 2 dose experienced grade 3 (severe) QT prolongation. Investors also were hoping for even better response rates.

Syndax Pharmaceuticals CEO Briggs Morrison said that the company has identified the recommended phase 2 dose. The drugmaker now plans to move forward with the pivotal phase 2 portion of the clinical study by the end of the second quarter.

Why Syndax Is Skyrocketing 55% Today

3 Under-the-Radar Stocks in the Healthcare Sector