Find out what UiPath and Welbilt had to say to investors on a strong market day.

Wall Street bulls retook control of the stock market on Wednesday, helping major market benchmarks rebound from consecutive days of declines. Although many of the same worries still plague investors, hopes for a major macroeconomic recovery are strong enough to keep most investors comfortable about the stock market's long-term prospects. Gains for the Dow Jones Industrial Average (^DJI 1.27%), S&P 500 (^GSPC 1.73%), and Nasdaq Composite (^IXIC 2.09%) all amounted to roughly 1% or more.

The strong environment has caused a flood of initial public offerings (IPOs) to come onto the market, and UiPath (NYSE: PATH) was the latest successful company to go public. Meanwhile, merger and acquisition (M&A) activity has also been robust, and Welbilt (WBT) enjoyed huge gains on prospects for a lucrative buyout bid from a well-known refrigeration equipment company.

A path to an IPO

Shares of UiPath performed strongly on Wednesday. The stock closed at $69 per share, up 23% from the $56 that participants in the initial public offering  paid.

Investor appetite for UiPath has been strong since long before the robotic process automation specialist even announced its IPO plans. The company initially set a target range of $43 to $50 per share for its offering. Later, it raised that to a new range of $52 to $54 per share before eventually pricing slightly above the top end of the revised estimate.

UiPath's business model is interesting in that it aims to help workers take advantage of automation without entirely replacing them. The platform allows workers to automate repetitive tasks, freeing them up to spend their time pursuing higher-value efforts that aren't as easily delegated to software.

With the successful IPO, UiPath now has a market capitalization approaching $40 billion. Some will see that valuation as rich for a company with well under $1 billion in annual revenue, but a fast growth rate and strong prospects will make it appealing to many investors. 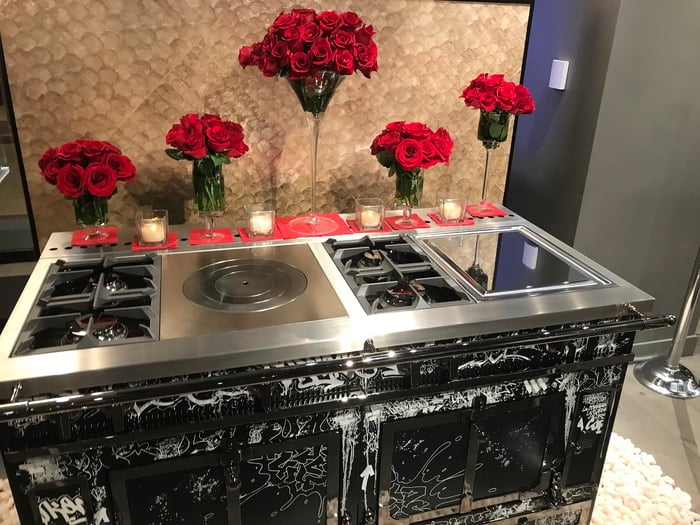 A hot and cool deal

Meanwhile, Wednesday brought news of major consolidation in the kitchen equipment industry. Welbilt shares soared more than 44% after the Florida-based company announced an agreement to merge with an industry competitor.

Middleby (MIDD 3.44%) will combine forces with Welbilt in a deal that values the target company at $4.3 billion. Under the terms of the agreement, Welbilt investors will receive 0.124 shares of Middleby stock for every Welbilt share they own. The deal got a vote of confidence from activist investor Carl Icahn, who owns more than 8% of Welbilt's stock. Following the merger, existing Middleby shareholders will own slightly more than three-quarters of the combined company, with Welbilt investors holding a roughly 24% stake.

The merger will create a commercial food service giant that includes ovens, refrigeration, beverage handling, and various related services and support. In addition to the usual set of synergy-related expense savings that could save $100 million, Middleby and Welbilt will be able to pursue technological innovations in the industry more effectively. Areas like automation, ventless cooking, and Internet-of-Things connectivity are increasingly important and could be lucrative for the combined company going forward.

Investors can expect more consolidation in a wide range of industries as the economy rebounds. With Middleby shares rising 9%, this deal looks like a win-win for both companies.

Selim Bassoul, former CEO, chairman, and president of Middleby, serves as Chief Innovator at The Motley Fool. Dan Caplinger has no position in any of the stocks mentioned. The Motley Fool owns shares of and recommends Middleby. The Motley Fool has a disclosure policy.