Please ensure Javascript is enabled for purposes of website accessibility
Log In Help Join The Motley Fool
Free Article Join Over 1 Million Premium Members And Get More In-Depth Stock Guidance and Research
By Zhiyuan Sun - Apr 21, 2021 at 6:20AM

This marijuana giant is dominating the market for medical cannabis in Florida.

Over the past year, Trulieve Cannabis (TCNNF 5.66%) (TRUL 4.77%) has deeply padded its shareholders' pockets with a return of almost 290%. It's not difficult to see why that's the case. Founded in 2015, Trulieve is already profitable and generates nine figures per year in revenue.

Its biggest challenge ahead will be maintaining its existing market share while looking for new opportunities to grow. Let's see if Trulieve is a stock cannabis investors will want to hold for the long term. 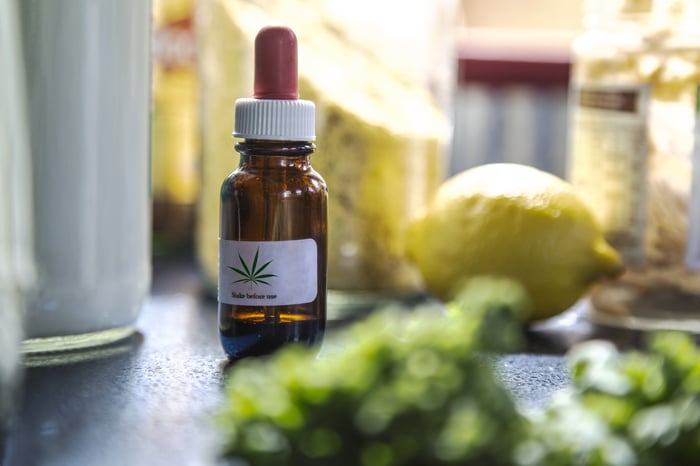 Can it keep up its momentum?

Trulieve currently holds the No. 1 market share in the medical cannabis industry in Florida. It sells dried flowers, concentrates, vape cartridges, edibles, oral CBD, topical & nebulizers, and accessories. The company operates 84 stores across six states, of which 79 are located in Florida. It offers statewide home delivery on its cannabis for a $15 fee. Trulieve also has more than 600 distinct pot products available.

Last year, Trulieve's revenue increased by 106% from 2019 to $521.5 million. Simultaneously, the company grew its operating income less non-cash expenses (EBITDA) by 89% in the same period to $250.2 million. Both metrics exceeded the company's guidance of $485 million in sales and $225 million in EBITDA that were announced in early 2020.

Perhaps Trulieve had been too successful. Its fantastic results have attracted numerous competitors, like Red White & Bloom (RWBY.F 0.36%), that are also trying their luck in Florida. In the fourth quarter of 2020, Trulieve's share of the industry declined by 4% from third quarter 2020 to 48%.

Meanwhile, its customer retention rate fell 7% to 72% during the same period. Compared to last year, its patient spending amounted to $3,900 per individual per year, which was roughly unchanged. As of now, it looks like the company has nearly maxed out its growth potential in Flordia's medical pot market, with its database reaching 480,000 out of a total of 527,000 registered patients in the Sunshine State. Trulieve has about 143 new patients coming to its stores per day.

What's more, a bill to place the issue of legalizing recreational weed on Florida's Senate elections ballot in 2022 is ongoing, but has only garnered 556,209 out of 891,589 required signatures. We'll have to wait and see what happens there; a similar bill failed to gather the required number of signatures in 2020. Fortunately, Trulieve sees its growth opportunity slowing down in Florida and is making big moves in other states.

This year, Trulieve expects to improve its sales and EBITDA to $832.5 million and $365 million, respectively. For all that growth, its stock is surprisingly affordable trading at 5 times forward price-to-sales (P/S) and 29 times forward price-to-earnings (P/E). In the next few years, its growth seems sustainable as it expands outside of the Florida market. For these reasons, I think this is a solid stock for marijuana investors to buy now.