Wells Fargo is the most positive about the secondhand fashion company.

Analysts are taking a sunny view of the prospects before ThredUp (TDUP 2.00%), an online secondhand fashion marketplace operator whose March 26 initial public offering saw first-day share prices jump 29%. The company, which currently has a market capitalization of approximately $1.5 billion, is getting lots of positive coverage this week as multiple Wall Street analysts launch coverage.

Yesterday, Barclays weighed in with a $19 price target, an overweight rating, and a bullish research note comparing the company to tech and retail giant Amazon. The investment bank's analyst Ross Sandler said ThredUp's "business model built around proprietary logistics infrastructure and razor-thin contribution profit per item reminds us of Amazon in the early days" and pointed out the company has positioned itself squarely in a growth market, the "apparel and accessories resale e-commerce space." 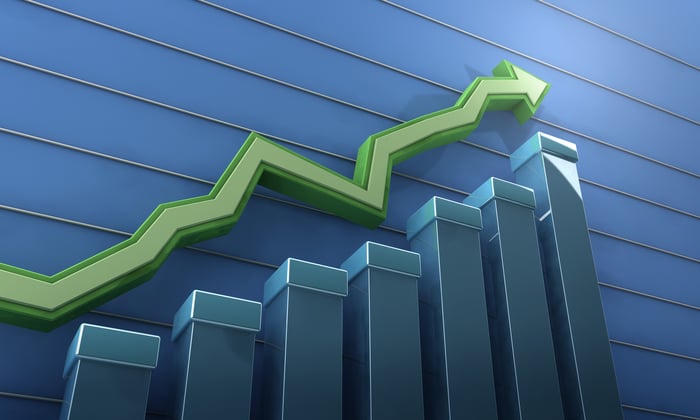 Today, Wells Fargo gave the newcomer a $22 price target, a 35% upside from yesterday's stock price at market close. Its analyst Ike Boruchow identified three factors he believes will give ThredUp ongoing momentum, including a fast-growing sector, features of the company such as "strong distribution network with increasing automation, [and a] flywheel effect," and "margin drivers" like its consignment mix.

The Wells Fargo research note also said ThredUp's recent IPO "brings more attention to a compelling (and potentially disruptive) sub-sector of the retail industry," drawing investor notice toward a sector that has, until now, "generally flown under the radar."

Sales of secondhand clothing have seen explosive growth in recent times amid growing interest in thrifty shopping and the environmentally friendly aspect of reusing garments. Even apparel industry titans like Nike are moving into the market, with the athletic shoe company now offering refurbished sneakers as an official product line in its brick-and-mortar stores.

ThredUp Has a Lot of Optionality