Please ensure Javascript is enabled for purposes of website accessibility
Log In Help Join The Motley Fool
Free Article Join Over 1 Million Premium Members And Get More In-Depth Stock Guidance and Research
By Katie Brockman - Apr 22, 2021 at 8:00AM

Choosing the wrong investments could be a costly mistake.

Investing in the stock market can be a great way to make money over the long term, but it can also be risky. Not all investments are created equal, and if you put your savings behind the wrong stocks, you could potentially lose everything.

It can be tough to tell, though, whether an investment is solid or a financial disaster waiting to happen. Some of the most dangerous investments are the ones that appear promising on the surface but are riskier than you think.

While nobody can predict with certainty how any investment will perform in the future, there are a few red flags to watch out for. If your investments fall into any of these categories, they might be too good to be true. 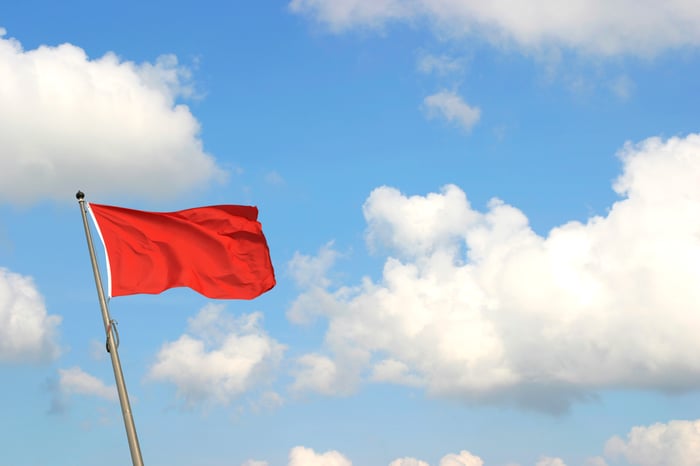 1. Its stock price is a rollercoaster of ups and downs

Past returns don't necessarily predict future performance, but they can give you some insight into how strong an investment is. If a particular stock has experienced extreme volatility over a relatively short period of time, that could be a red flag.

Of course, all investments are subject to some degree of volatility. But if a stock is experiencing wild price fluctuations on a regular basis, it's important to take caution before you invest.

For example, consider Bitcoin (BTC 1.51%). The cryptocurrency has made headlines for shattering records, but it comes at a price. Just since the beginning of the year, Bitcoin has experienced multiple significant price drops. 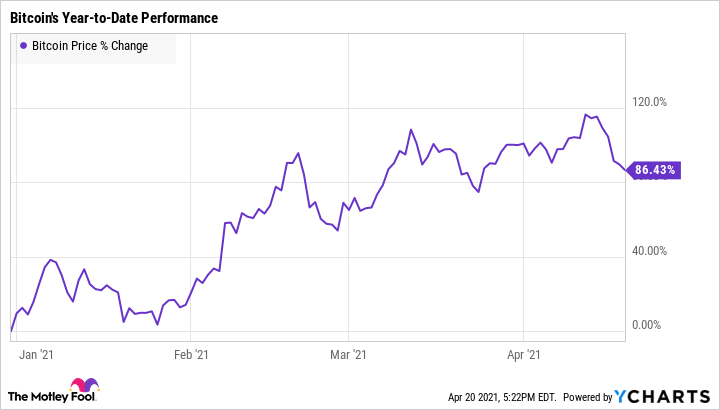 Volatility doesn't necessarily make Bitcoin a bad investment. But it does make it a much riskier investment, which can be a red flag.

2. It doesn't have a long track record

All companies have to start somewhere, so the fact that a stock doesn't have an extensive track record isn't always a bad thing. But it does make the investment riskier, especially if the company is making big promises.

Take ride-sharing company Lyft (LYFT -5.57%), for example. Before Lyft's initial public offering (IPO) in March 2019, there was a tremendous amount of hype surrounding the company. However, by the end of the year, the stock price had plummeted by nearly 50%.

Since then, the company has rebounded to some degree. But if you had invested immediately after the IPO, it might have been tough to stomach such steep losses -- especially if you didn't know whether the stock would recover or not.

In the age of "meme stocks," it's more important than ever to do your research when choosing your investments.

GameStop (GME -2.33%) is a classic example of this. For years, GameStop has struggled financially and was on the verge of bankruptcy. Late last year, it announced it would be closing more than 1,000 stores by March. And yet just a month later, its stock price skyrocketed by nearly 2,000%.

In GameStop's case, its price was artificially inflated by investors in online communities. And just days after it reached its peak, the price plummeted. Its meteoric rise wasn't based on its business fundamentals, so it was only a matter of time before it crashed and burned.

All of these factors can be considered red flags, but it's important to look at the big picture when investing. Good companies have their volatile moments, for example, and young companies can sometimes turn into behemoth corporations.

That's why it's important to do your homework to decide whether a company will perform well over the long run. Factors like a competitive advantage in its industry and a strong leadership team are indications that the company has strong fundamentals. Also, consider the organization's industry itself. Is it a field with long-term growth potential? Or is it a dying industry?

The best investing strategy is a slow-but-steady one: Buy solid companies and hold them for the long term. If an investment seems like it's too good to be true, it probably is.