The company will pay most of the purchase price in stock.

TerrAscend (TRSSF 1.20%) is pushing deeper into the very limited space of Pennsylvania cannabis retail with a new asset buy. The Canadian marijuana company announced that it has signed a definitive agreement to fully acquire privately held GuadCo and KCR Holdings (together known as KCR), which collectively operate three marijuana dispensaries in the state. At the moment, TerrAscend has a 10% stake in the latter company. 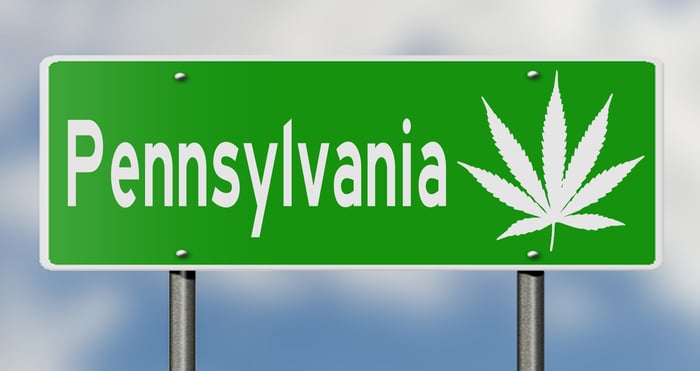 "As an operator of three well managed dispensaries in the Northeast region of Pennsylvania, KCR expands TerrAscend's retail footprint, diversifies the Company's customer base and enhances margins through deeper vertical integration," TerrAscend wrote in the press release heralding the acquisition.

At the moment, Pennsylvania permits only the sale and consumption of medical marijuana to qualified and approved patients. But big neighbors New York and New Jersey recently legalized recreational cannabis, making it increasingly likely that the Keystone State will follow suit. Pennsylvania is a juicy target for marijuana companies, as it is the fifth most-populous state in the nation.

TerrAscend said that the deal would be immediately accretive to its results, although it did not provide further details. It expects the acquisition to close at some point this quarter -- i.e., by June 30.

Investors seemed to be cautiously optimistic about the news. On Thursday, TerrAscend's stock inched 0.5% higher, in contrast to the 0.9% decline of the S&P 500.

This Pot Company Just Fired Its CEO, but Business Is Booming