Please ensure Javascript is enabled for purposes of website accessibility
Log In Help Join The Motley Fool
Free Article Join Over 1 Million Premium Members And Get More In-Depth Stock Guidance and Research
By Zhiyuan Sun - Apr 23, 2021 at 6:50AM

On the hunt for bargains? Here's how these three stocks can add muscle to your portfolio.

Buying the dip on unpopular stocks is a risky venture. There may be sound reasons why a stock isn't getting the credit it deserves -- but sometimes, a company's dips and dives are more than justified. Luckily, I think there are good reasons for investors to like the following cheap stocks.

Simon Property Group (SPG 0.80%), JD.com (JD 2.69%), and Tilray (TLRY), are all in this category of good-valued companies that are temporarily in trouble. Let's look at why the shopping mall operator, the Chinese e-commerce tech company, and the cannabis grower are some of the best contrarian stocks to buy now. 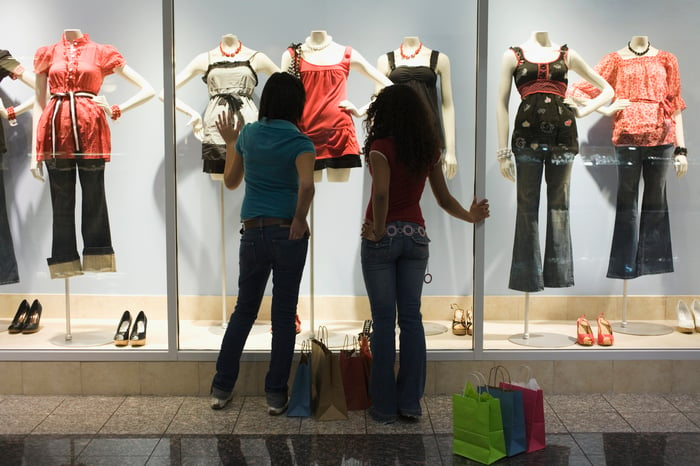 On the surface, investing in shopping mall real estate investment trusts (REITs) seems like a fool's venture. Even before the pandemic shutdowns, shopping malls were facing declining traffic due to the rise of e-commerce. What's so special about Simon Property Group, especially after a 38% dive from its pre-COVID highs?

Unlike many others, the largest shopping mall operator in America has turned high vacancy rates into opportunities. Instead of leasing out space to other retailers, the company is transforming its malls into community and commercial centers. Within its former and current shopping centers, Simon Property is building multifamily residences, hotels, healthcare facilities, offices, and self-storage facilities. It is even moving forward with constructing National Hockey League (NHL) skating rinks and fulfillment warehouses for Amazon within those malls.

Strategies like this should keep up investors' hopes for sustainable growth. In 2020, the company's funds from operations (FFO) decreased to $9.11 a share from $12.04 in 2019. Luckily, each of its 203 properties across the country has reopened. This year, it expects its FFO to bounce back to between $9.50 and $9.75 per share. Out of that amount, the company will pay $4.20 per share in dividends, giving the stock a dividend yield of 4.44%.

The company closed $13 billion in equity and debt financing last year. In Q1 2021, it announced a $300 million stock offering and a 750-million-euro loan raise at 1.125% interest. The new capital is more than enough for Simon Property to expand its new ventures. It's a top choice at 32 times earnings, still far below the 50 times earnings of the average REIT stock.

Shares of China's No. 1 retailer, JD.com, have fallen nearly 30% from their all-time highs after the U.S. Securities and Exchange Commission (SEC) threatened to delist Chinese companies if they did not comply with new regulations. Companies identified by the regulatory body will need to hire U.S. auditors to review their financials and disclose Chinese Communist Party (CCP) officials on their boards of directors. The company has been using Deloitte as its auditing firm since 2019.

In part due to fears that a new audit may uncover malicious activity, or that the company could face pressure from the CCP not to comply with the new rules, JP.com's stock is trading at a considerable bargain -- just about 17 times earnings.

Last year, the e-commerce firm grew its revenue by 29.3% year over year to RMB 745.8 billion (Yuan). Meanwhile, its free cash flow improved by 79% during the same period to RMB 34.9 billion. It has more than 190,000 delivery personnel servicing just about every single county and district in China. In Q4 2020, the company had 471.9 million active customer accounts, amounting to nearly 40% of the country's population.

The firm plans to roll out a fleet of 100,000 self-driving vans for shipping within the next five years. In addition, JD.com will be expanding the number of drone fleets in its mega-warehouses. If you think the potential long-term rewards outweigh the risks, I'd give JD.com shares a try in your portfolio.

Tilray stock is down 85% from all-time highs in late 2018, when a massive speculative bubble sent its shares to $300 apiece. At that time, the company simply did not have sufficient revenue growth to justify its valuation. It's a different story now. Tilray is set to merge with Canadian pot grower Aphria (APHA) by the end of the year to create the largest cannabis company in the world.

Combined, the two companies generated $179.5 million in their most recent quarters, which works out to an annualized rate of $718 million per year. The only cannabis producer in the world that can eclipse Aphria-Tilray in sales is Curaleaf, with $626 million in sales last year.

The two will have a 17.3% market share in the Canadian marijuana market, including 18.8% in vape cartridges, and top the leaderboard in pre-rolls, dried flowers, and oils. What's more, Aphria-Tilray will also have exposure to the U.S. CBD and craft beer markets through its subsidiaries.

On top of that, Tilray can synchronize its own medical marijuana segment with Aphria's. Over 50% of the latter's sales come from Germany. Within the next two years after the merger, the two expect to realize at least CA$100 in pre-tax synergies.

Aphria disclosed that its revenue in Q3 2021 (ended Feb. 28) grew by only 6.4% year over year due to lockdowns in both Canada and Germany to curb the spread of coronavirus variants. That is largely a temporary setback, which should reverse after vaccination programs turn things around. At 10 times revenue, Tilray stock is one of the cheapest among its peers in Canada. Competitors like Canopy Growth (CGC -1.40%) and Cronos Group (CRON 1.42%) are trading at 27 and 64 times revenue, respectively. Tilray remains attractively valued when you consider its upside potential.