Please ensure Javascript is enabled for purposes of website accessibility
Log In Help Join The Motley Fool
Free Article Join Over 1 Million Premium Members And Get More In-Depth Stock Guidance and Research
By Keith Speights - Apr 23, 2021 at 5:52AM

Sometimes, following the crowd is a good idea.

There's a good bit of overlap between the 100 most popular stocks held by Robinhood investors and the top holdings of Cathie Wood's exchange-traded funds (ETFs). It seems that the retail investors who use the no-commission trading platform are especially attracted to the same kinds of high-growth stocks that Wood prefers.

Some of those stocks are probably too risky for many investors, but not all of them are. Here are three Robinhood stocks that Wood owns that you should consider, too. 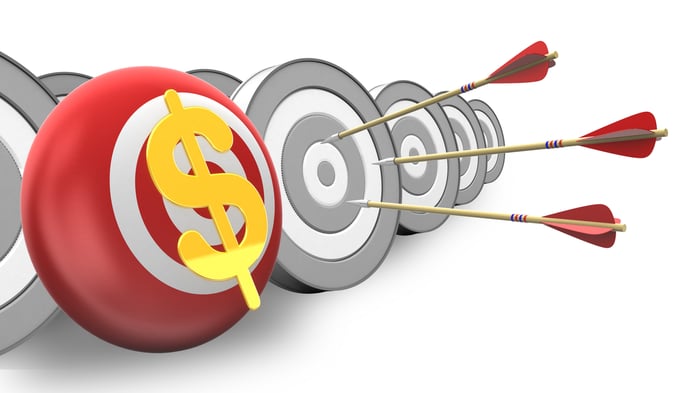 Technically, Robinhood investors and Wood don't see fully eye-to-eye on Alphabet (GOOG 4.41%) (GOOGL 4.16%). The tech giant's class A shares rank in the 100 most popular in Robinhood, while Wood's ARK Autonomous Technology & Robotics ETF owns enough of Alphabet's class C shares to make it the ETF's fifth-largest holding. But that distinction really doesn't matter since we're talking about the same underlying business. And that business is solid as they come.

Alphabet claims a moat that most companies can only dream of. Google Search and YouTube dominate the search market, while Android is the most-used smartphone operating system in the world, by far. Chrome is the leading browser by a wide margin.

One area where Alphabet isn't yet on top is in cloud hosting. Its Google Cloud business lags well behind Amazon Web Services and Microsoft Azure. However, Google Cloud is growing faster than either of its rivals.

Google Cloud is one key reason why Alphabet's growth prospects remain strong, even though the company has a market cap that tops $1.5 trillion. Alphabet also has other promising avenues for future growth, notably including its self-driving car-unit Waymo.

If there's any pick that's a quintessential artificial intelligence (AI) stock, it's NVIDIA (NVDA 3.04%). Unsurprisingly, the stock is widely held by Robinhood investors. It's also one of the top 32 stocks owned by Wood's ARK Next Generation Internet ETF.

NVIDIA's graphics processing unit (GPU) architecture already dominates the market for hosting AI apps in data centers. The company appears to be on track to capture even more market share with its first central processing unit (CPU) chip on the way in 2023.

However, the company started out focusing on the gaming market, and it's still a huge growth driver for NVIDIA. And the gaming market appears to be at the beginning of a multiyear growth cycle.

Like Alphabet, NVIDIA should be a big winner as the adoption of autonomous vehicles increases over the next few years. It also could have a significant growth opportunity in expanding its gaming capability by providing a platform for businesses to create virtual worlds. NVIDIA's planned acquisition of large chipmaker ARM might ultimately fail due to antitrust concerns, but this stock has plenty of room to run even if that happens.

I suspect that both Robinhood investors and Wood really like Square's sticky ecosystem for small and medium-sized businesses. This part of Square's business should enjoy a big boost in 2021 as concerns about COVID-19 subside, thanks to the increased availability of vaccines.

However, Square's biggest growth driver now is its Cash App digital wallet. The app supports pretty much every kind of financial transaction that an individual would want, from peer-to-peer payments to buying stocks and cryptocurrencies.

The company received an industrial banking charter in March. Over time, it could significantly expand its lending operations to customers. Earlier this month, Square added the capability for customers to pay businesses using its platform via automated clearing house (ACH) transfers. This will reduce the credit card fees that merchants have to pay and will likely boost Square's profit margins.

These two recent developments should set the stage for even stronger growth for Square in the future. This stock is likely to be a big winner for any investor who buys and holds for the long term.