Please ensure Javascript is enabled for purposes of website accessibility
Log In Help Join The Motley Fool
Free Article Join Over 1 Million Premium Members And Get More In-Depth Stock Guidance and Research
By Daniel Foelber - Apr 27, 2021 at 11:33AM

This space stock is plummeting, but there's a possible end in sight.

Owning Virgin Galactic (SPCE -0.46%) in 2020 was a good time. The market rebound from the March 2020 lows was led by growth stocks. A burst of new technology and companies going public via SPAC carried that momentum into 2021, and Virgin Galactic rode the wave with the best of them. But times have changed.

The company has lost over half its value in just two months and is down nearly two-thirds from its all-time high. That high came on Feb. 11, right before a highly anticipated test flight was delayed due to electromagnetic interference (EMI). It's been a long way down from there, but there's an end in sight. Let's break down the deadlines that Virgin Galactic needs to hit over the next few years so it can potentially stop the bleeding -- or risk bleeding out entirely. 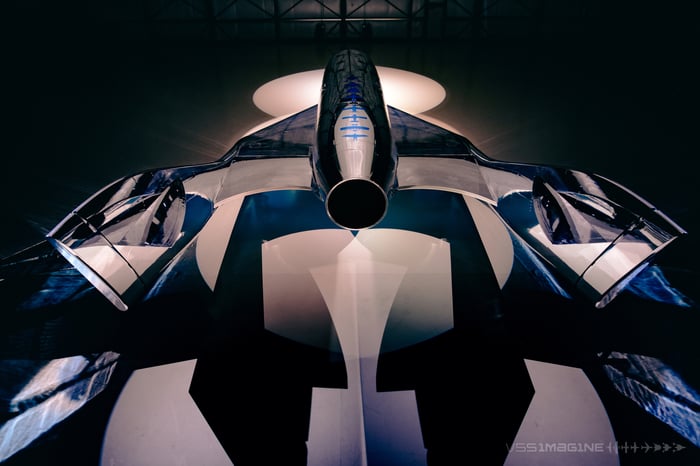 The focus on VSS Unity

Most of the volatility affecting Virgin Galactic's stock has to do with delays in final tests for VSS Unity. Before we get into that, it's worth understanding the difference between motherships and spaceships. Virgin Galactic has one of each. The WhiteKnightTwo VMS Eve is the mothership that transports the SpaceShip II VSS Unity to its launch altitude.

VSS Unity was released in 2016 and has accomplished some pretty impressive feats, including breaking through Mach 3 in February 2019. However, carrying passengers safely day in and day out with a flawless safety record is quite another story.

The spaceship was originally forecasted to take founder Richard Branson into space in early 2021. If successful, the company could then begin accepting passengers and earning revenue. But first, it needed to complete three flight tests, the first of which was scheduled for Dec. 12, 2020. However, it failed and was rescheduled for the infamous Feb. 13 before being rescheduled again for sometime in May.

From the timeline, it's clear to see there's a lot happening all at once. While preparing VSS Unity for commercial service, Virgin Galactic is already building the next-generation SpaceShip III line. It announced the first two SpaceShip III aircraft, VSS Imagine and VSS Inspire, in late March. Its only existing mothership, VMS Eve, can take both SpaceShip II and III aircraft. However, Virgin Galactic plans to build a new line of motherships for its SpaceShip IV "Delta Class" line, which is basically all theory at this point. That completes phase one: Fleet readiness.

Phase two is fleet expansion. Once Virgin Galactic builds its new models and gets them fit to fly customers into space, it plans to transition "from an R&D phase to a manufacturing phase that will allow the business to scale over time."

It's hard to pinpoint when this pivot will happen, but my best guess would be that the company takes what it learns from the SpaceShip III line and then scales SpaceShip IV Delta Class along with the new mothership model. 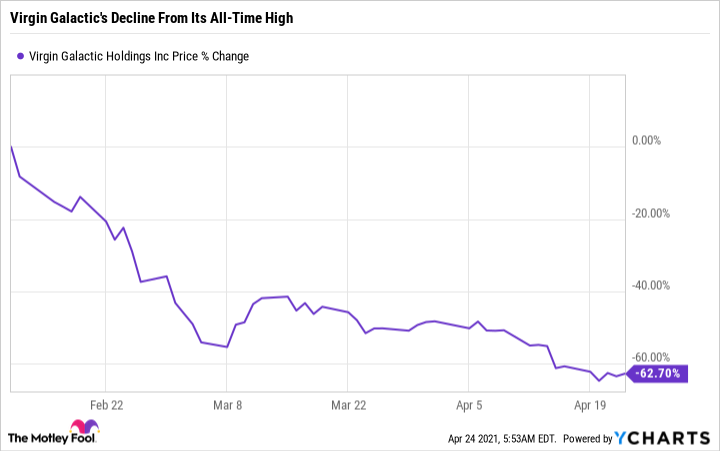 What follows is a snowball effect. Staying on schedule would allow Virgin Galactic to burn less cash, gain trust from investors, and raise more money (if needed). It would also mean gaining credibility from customers and could lead to more preorders. On the flip side, missing deadlines means more cash burn, a longer path to profitability, and likely downward pressure on the stock price (making it harder to raise money by issuing stock), and could even lead to bankruptcy.

Perception is everything for growth stocks like Virgin Galactic. It seems like a distant memory, but Tesla (TSLA -0.57%) was in a similar position just a few years ago. Virgin Galactic is by no means Tesla. But Tesla had a reputation for missing deadlines and burning cash that infuriated Wall Street and crippled its market cap down around $30 billion in June of 2019.

It was a precarious position because Tesla would either have to borrow money at a high interest rate or dilute its stock for a bargain-bin price. Tesla got through it, and the rest is history. Love it or hate it, the company is worth over $720 billion today and the comeback is incredible. 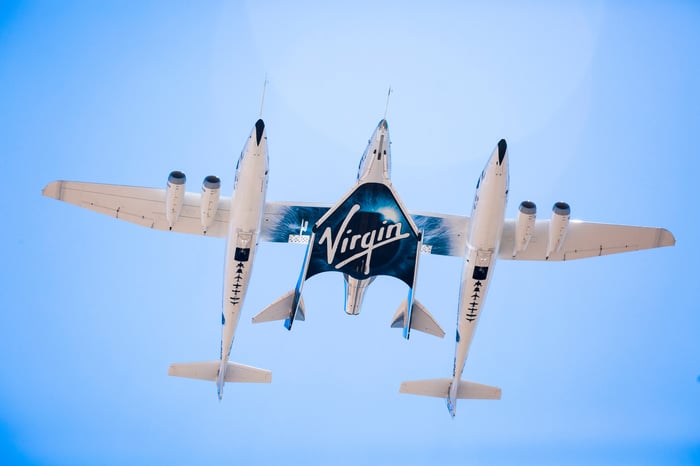 Virgin Galactic's May test flight is a big deal. A successful launch should be met with optimism. However, consistency is key. Equally important are the company's summer deadlines and subsequent commercial launch in early 2022. Investors should monitor these targets as well as any adjustments the company makes to future goals. Wall Street is sour on Virgin Galactic but could quickly turn sweet if the space stock can keep pace with its new schedule.