Please ensure Javascript is enabled for purposes of website accessibility
Log In Help Join The Motley Fool
Free Article Join Over 1 Million Premium Members And Get More In-Depth Stock Guidance and Research
By Lou Whiteman - Apr 27, 2021 at 11:23AM

The company sold down a part of its recently acquired crypto holding.

Tesla (TSLA 1.24%) reported better-than-expected earnings in the first quarter thanks in part to a $101 million "positive impact" from the sale of Bitcoin (BTC -2.83%), the electric vehicle maker has said.

On Monday after markets closed, Tesla reported a $438 million profit. It earned $0.93 per share, well ahead of the $0.79 estimate. 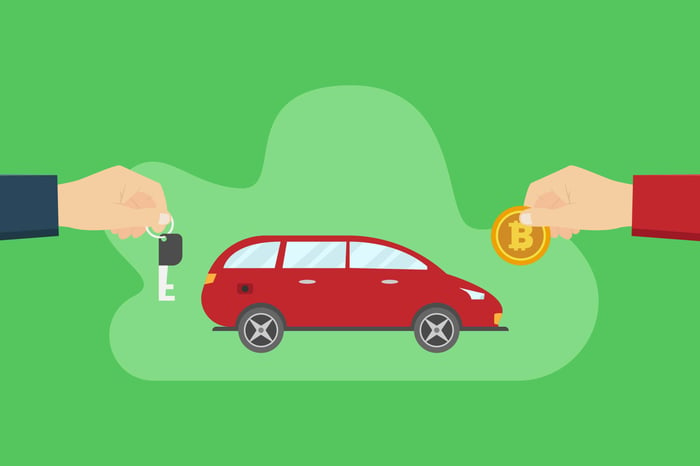 Tesla's quarterly results as usual include both automotive sales and the sale of environmental regulatory credits. But the first-quarter results also included a $101 million gain on the sale of Bitcoin. In its update to shareholders, the company reported a purchase of $1.5 billion of "digital assets" in the quarter, as well as $272 million in proceeds from such sales.

The sales serve as a fresh reminder that for all of Tesla's growth, its automotive division is still lagging in terms of profitability. Absent the crypto sales and $518 million in sales of regulatory credits, the company would have reported a $181 million loss -- and not a profit -- despite record deliveries.

The company's auto business has been impacted by the pandemic, and a shift in preference toward newer, lower-margin models as its higher-priced Models S and X age. Tesla expects to update those models, as well as introduce new products, in the quarters to come.