This company is the leading wholesale mortgage lender, and it just went public.

"Buy low and sell high" is an age-old investing adage that sounds simple but, in reality, is far more complicated. What is low? Is it the price or is it the valuation? And as far as the selling part goes, you'll only know what was high in hindsight. A better slogan might be to buy good companies at a good value and invest for the long term, or until you need the cash -- whether that's retirement or some major expense like college. Trying to time the market and sell at the "right" time rarely ends well.

If you can find stocks that are good values at a low price with good long-term growth prospects, then you're doing pretty well. Here is one stock under $10 per share that you might be interested in. 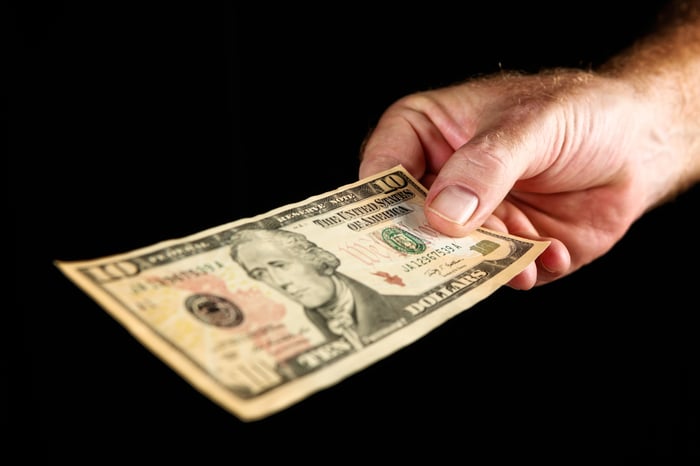 UWM has been around since 1986 and has been the top wholesale lender for the past six years. It officially went public on Jan. 22 after merging with a special purpose acquisition company, Gores Holdings (UWM announced its intention to go public with the SPAC back on Sept. 23 of last year). Since UWM started trading at about $11.50 per share, it has dropped roughly 27% to $8.40. That's brought the stock's forward price-to-earnings ratio down to about 8.5 -- not bad for the strong long-term growth potential of a proven market leader.

But 2020 was an incredible year for the industry as record low interest rates led to a surge in refinancings. What now? CEO Mat Ishbia believes it is just a start. The company has some advantages on which to build, as he discussed on the fourth-quarter 2020 earnings call.

"2020 wasn't a high point to us. It's a launching point from where we're going, and that's the plan. So, we're going to continue to build our business. We're well positioned for the future. And we expect 2021 to grow significantly from an origination perspective, and we're very excited about it," Ishbia said on the call.

UWM has some key advantages that should serve it well into 2021 and beyond. First, over the past couple years, it has invested millions of dollars into technology making its systems faster than its competitors, on average, thus reducing the time it takes for mortgage brokers to close deals. That makes for a faster, easier, and cheaper deal for brokers and their customers.

Second, Ishbia believes the wholesale channel will grow as the model offers borrowers the opportunity to seek out better rates through the brokers via its website, findamortgagebroker.com. The company plans to promote and market that website, starting with its ad in the Super Bowl earlier this year.

Overall, UWM anticipates loan origination growth in 2021, and analysts are bullish on its prospects, as it has a median share price target of $11 per share over the next 12 months.

Aside from the technology investments, the overhead is pretty low, so UWM has high margins. It sports an operating margin of 72% and a profit margin of 67%, which gives the company plenty of free cash flow. It also has strong credit quality, with delinquency and forbearance rates below industry averages.

Keep in mind, the mortgage lending business is cyclical and prone to volatility depending on market and market conditions. But this company, as a leader, has managed to grow its loan volumes through multiple different environments over the past six years and should continue to do so. Priced at less than $10 per share, UWM is a great buy.