The swift expansion of Walt Disney's (DIS -1.13%) Disney+ streaming service across multiple countries is largely thanks to Amazon's (AMZN 0.73%) Amazon Web Services infrastructure, executives from the entertainment conglomerate said today. As reported by Streaming Media and other outlets, Disney says it is increasing its reliance on Amazon Web Services (AWS) even more as it continues to push for wider distribution.

One of Disney's executive vice presidents, Joe Inzerillo, said in a statement, "AWS has been our preferred cloud provider for years, and its proven global infrastructure and expansive suite of services has contributed meaningfully to the incredible success of Disney+."

The company says it has been using AWS for its streaming service from the start, well before the late 2019 launch of Disney+, because of its "reliability, scalability, and breadth of functionality." 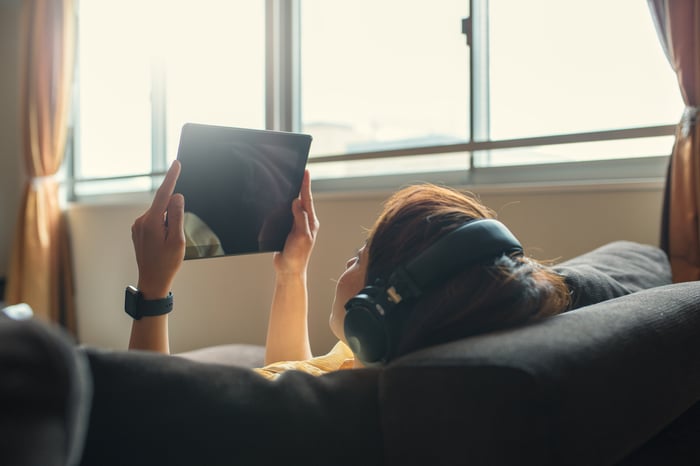 Now Disney is adding even more AWS features to its service as it continues to push expansion beyond the 59 countries where Disney+ is already available. These include analytics to ensure efficient delivery of quality streams, database systems enabling immediate switching between shows on different devices, and machine learning.

Disney's focus on improving Disney+ perhaps reflects its second-tier profitability for the company. While Disney+ is the company's most widespread streaming service by far, Hulu currently brings in approximately twice the monthly revenue. The House of Mouse also recently inked a deal with Sony Group (SONY -0.77%) to add Spider-Man and a range of other Sony films to its Disney+ lineup, though these will also appear on Hulu.

For its part, a lockdown-driven surge in home entertainment consumption has led Amazon to invest significantly in its Prime Video service in addition to further developing its streaming infrastructure overall.