Please ensure Javascript is enabled for purposes of website accessibility
Log In Help Join The Motley Fool
Free Article Join Over 1 Million Premium Members And Get More In-Depth Stock Guidance and Research
By Will Healy - May 3, 2021 at 10:04AM

This effectively takes Verizon out of the media business.

Verizon (VZ 1.75%) announced Monday that it will sell Verizon Media to Apollo Global Management for $5 billion. This includes AOL and Yahoo!, two properties that Verizon once hoped would be the cornerstone of a media empire.

Under terms of the deal, Verizon will receive $4.25 billion and maintain a 10% stake in the company, now known as Yahoo!. Verizon Media CEO Guru Gowrappan will continue to lead Yahoo!.

Verizon paid $4.4 billion for AOL in 2015, and in 2017 bought Yahoo! for $4.8 billion. However, Verizon soon came to regret the move as its media company, formerly known as Oath, failed to gain traction. By 2019, it had sold Tumblr to Wordpress.com parent Automattic. Last year, BuzzFeed bought the assets of HuffPost. 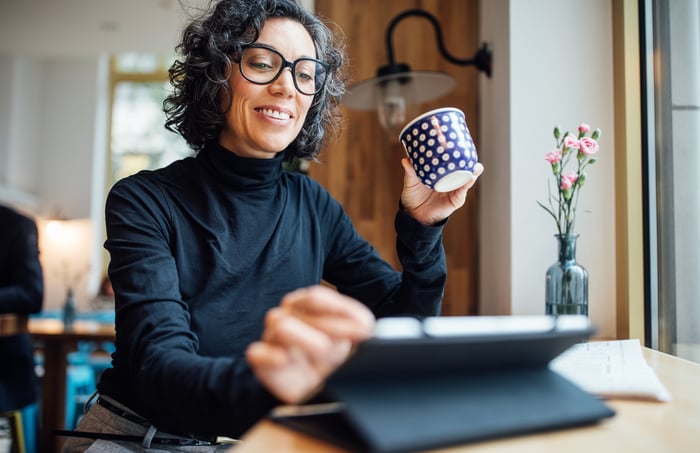 Moreover, Verizon's initial investments in other assets pale in comparison to the $67 billion AT&T (T 1.67%) paid for DIRECTV, or AT&T's $85 billion investment in WarnerMedia. Instead, Verizon will follow rival T-Mobile (TMUS 1.69%) in making what amounts to an all-in bet on 5G. More recently, Verizon spent $45 billion on spectrum, a move that will allow it to improve the quality of its 5G service.

That improved 5G service also allows Verizon to focus on what could become a lucrative network-as-a-service business. Through that business, Verizon can bolster edge computing and artificial intelligence. As the company pointed out on the first-quarter 2021 earnings call, this can help companies like Deloitte and SAP provide real-time operational data to clients or help connect Honda's autonomous vehicles.

Verizon ad Apollo expect the deal to close sometime in the second half of 2021.