Please ensure Javascript is enabled for purposes of website accessibility
Log In Help Join The Motley Fool
Free Article Join Over 1 Million Premium Members And Get More In-Depth Stock Guidance and Research
By Adria Cimino - Updated May 3, 2021 at 9:34AM

They'll give us a snapshot of the future.

Moderna (MRNA 4.97%) surely will have a lot of updates for us when it reports first-quarter earnings this Thursday. It will be the company's first full quarter selling its coronavirus vaccine, which the Food and Drug Administration authorized in December.

I'm interested in seeing that sales figure -- especially after the vaccine generated $199 million in only two weeks on the market last quarter. I am also eager for updates on its vaccine trial in teens and kids and its progress in the development of a coronavirus booster shot. But there are two numbers I'm particularly interested in. 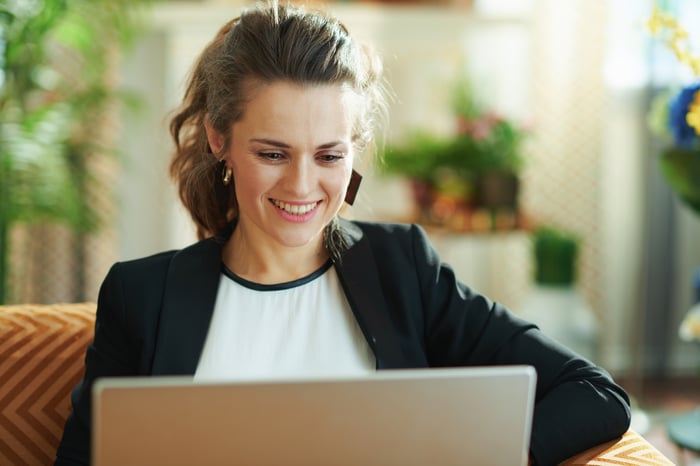 From orders to revenue

The first has to do with how orders will translate into revenue this year and next. So I'll pay particular attention to the company's advance purchase agreements. Back in January, Moderna reported agreements for delivery this year totaling $11.7 billion. In its full-year earnings report a month later, the company updated the figure. As of then, advance purchase agreements represented $18.4 billion in product sales. This is for vaccines to be delivered in 2021.

Since then, Moderna has announced an order for 20 million vaccine doses for the Philippines; the company expects to begin delivery by the middle of this year. And it has secured its first vaccine order for 2022: Israel ordered 7.2 million doses, according to the country's Ynet news site. And the agreement includes an option for the purchase of Moderna's booster candidate. Its earlier supply agreements with Israel involved 10 million doses.

Moderna's latest move shows that it's optimistic about future orders and revenue: The company last week said it's using its cash balance to increase supply at its manufacturing facilities in the U.S. and abroad.

And this brings me to the next number of interest. When Moderna reports earnings, I'll be looking for an update on its cash level. The company ended the 2020 year with $5.25 billion in cash and equivalents. I'm hoping the earnings update may offer clues about how much will be spent on the production ramp-up.

Moderna's investment will double production at facilities outside of the U.S. And importantly, it will bring global supply to as many as 3 billion doses. Under this plan, the company expects production to pick up later this year and into early next year.

Considering what we know about Moderna's cash level right now, the investment looks like a wise move. If it hopes to keep up with bigger rival Pfizer, it must be able to produce a massive number of doses and meet delivery deadlines.

Pfizer is on the verge of signing the world's biggest vaccine order with the European Commission, for 1.8 billion doses through 2023. The EU already has ordered 310 million doses from Moderna for delivery this year. And its original order includes an option for another 150 million doses next year.

It will be important to monitor whether the EU exercises the option to order more doses -- and whether Moderna can keep up with Pfizer in the EU, whose population totals about 448 million, making it a significant market.

Moderna's shares have climbed 74% so far this year. That may seem like a lot. But the company just started selling its very first product, the coronavirus vaccine. And it's one that the world will need well into the future. So if the company keeps garnering orders and wisely invests cash to capture more, many bright days are on the horizon for this biotech.