Please ensure Javascript is enabled for purposes of website accessibility
Log In Help Join The Motley Fool
Free Article Join Over 1 Million Premium Members And Get More In-Depth Stock Guidance and Research
By Howard Smith - May 4, 2021 at 9:36AM

There are a couple of issues in play for the connected exercise equipment manufacturer.

Shares of connected at-home exercise equipment maker Peloton Interactive (PTON -0.55%) had a rough April, continuing the downward trend that's been ongoing since the start of the year. The stock is down 37% year to date, including last month's 12.5% drop, according to data provided by S&P Global Market Intelligence.

April began on a positive note for Peloton. It completed its acquisition of gym equipment maker Precor, which will benefit the company in several ways. One is that it will add manufacturing capacity, which will help Peloton address the slow-delivery problem that has contributed to the stock's decline from the highs it reached in January. 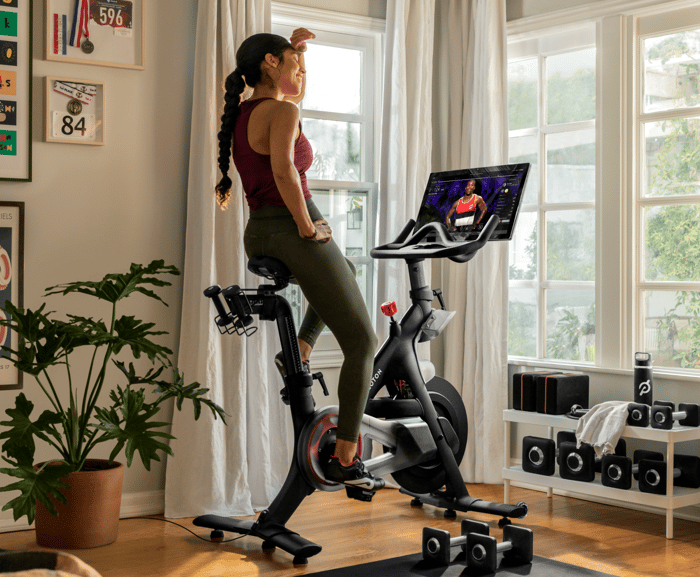 But later in the month, Peloton was forced to address safety concerns regarding its treadmills that came to light in March. After several reports of children being pinned and injured under the Tread+ machines' moving rear rollers, the Consumer Product Safety Commission (CPSC) put out a press release on April 17 warning consumers to stop using them. Peloton responded calling the CPSC's press release "misleading" and "inaccurate."

The company introduced its first treadmills in 2018. After it was informed of a fatal accident involving a child in March 2021, Peloton CEO John Foley sent an email to owners of the Tread+. In that communication, he stressed the safety instructions that come with the equipment, which include a warning to keep children and pets away from the equipment, as well as the instruction that owners should remove the machines' safety keys when they are not in use. But with a high-profile growth company like Peloton, some investors jumped ship before the situation played out further.

The company appears committed to resolving the issues related to both its products' safety and its overall reputation. In its response to the CPSC bulletin, the company reminded users of the machines' safety features and the risks when its instructions aren't followed, but also stated, "Peloton will also continue to work to develop industry-leading safety features for connected home exercise equipment."

The other issue that has been contributing to Peloton shares' slide relates to the long order-to-delivery times customers are experiencing. For some time, the company has been unable to keep up with demand for its equipment. The problem stemmed from a spike in demand, combined with capacity limitations as well as pandemic-related supply-chain complications.

The now-completed Precor acquisition will give Peloton new manufacturing capacity in the U.S. The company is also ramping up production at a new facility in Taiwan. From the perspective of investors, demand so high that it temporarily exceeds production capacity would seem to be a good problem for a company to have. Peloton management believes it will satisfactorily address its delivery time issues over the next several months. Based on the company's response to the safety concerns about its treadmills, and the actions it's taking to increase production, both of these issues will likely be short term in nature. That suggests that the recent share price dip has the potential to be a buying opportunity for investors.