Please ensure Javascript is enabled for purposes of website accessibility
Log In Help Join The Motley Fool
Free Article Join Over 1 Million Premium Members And Get More In-Depth Stock Guidance and Research
By Reuben Gregg Brewer - May 5, 2021 at 3:46PM

There were a lot of moving parts in the first quarter, but the company's Q1 report also highlighted the very real impact that a recent corporate action will have.

Shares of Rayonier Advanced Materials (RYAM -0.84%), which makes pulp and other wood products, sold off sharply on May 5, losing as much as 25.6% of their value at one point during the session. The big reason was the company's first-quarter earnings results, which were released after the market closed on May 4. Investors were not pleased with what they saw.

Rayonier Advanced Materials' first-quarter 2021 revenue came in at $465 million, up 13% from the $410 million it brought in during prior-year period. However, the top line fell 8% sequentially from the fourth quarter. Meanwhile, on the bottom line, the company posted a loss of $0.43 per share, $0.05 worse than the $0.38-per-share loss in the year-ago period. The company had a profit of $0.14 per share in Q4 2020. So it wasn't exactly the best showing ever. But, in and of themselves, these numbers weren't really enough to justify such a large share-price decline. 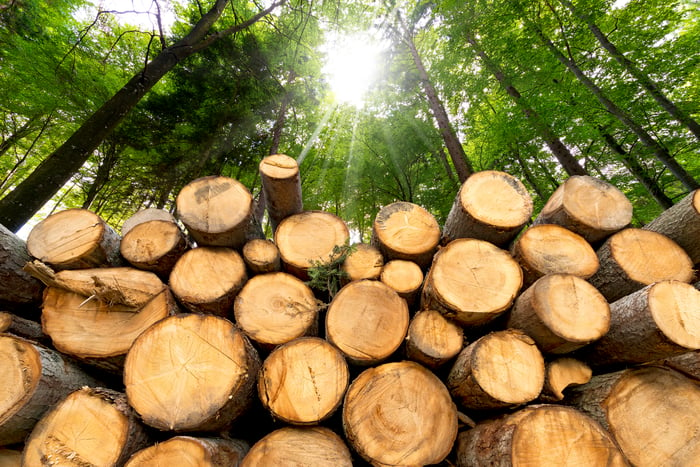 This is where the complexity of the quarter comes in. First, analysts' consensus estimate was for a profit of $0.39 per share. So Rayonier badly missed expectations. Investors generally take a dim view of big earnings misses.

That said, the first quarter also included the news that the company would be selling its forest products and newsprint businesses. Forest products have been in hot demand lately because of a construction boom. Most of Rayonier's other divisions had roughly flat to lower revenue, but forest products grew revenue by a huge 79%. Meanwhile, the forest products segment's operating income flipped from a $1 million loss to a $61 million profit year over year. That was 10 times better than the next best division. And this is the business that the company is selling.

While you can argue that Rayonier is getting out while the forest products industry is in rally mode, it is also getting rid of its strongest division at a time when investors are enamored with the sector.

The company also disclosed yesterday that it was investing more in Anomera, which makes biodegradable products. Although discussed as a potential growth platform, it will likely require time and perhaps further investment to turn this into a material business. It's not shocking that, after seeing the quarterly results, investors would take a dim view of the two decisions.

As if that weren't enough, having read the earnings update, RBC Capital downgraded Rayonier from outperform to sector perform. Investors don't like analyst downgrades, but it kind of looks like this move just added to the negative mood and didn't actually precipitate it. All in, it's easy to see why even long-term investors might be upset by this quarterly report given the implications it suggests about the near-term future.

Why Rayonier Advanced Materials Stock Jumped 11% at the Open Today

Why Shares of Rayonier Advanced Materials Inc Popped 26% in May