Please ensure Javascript is enabled for purposes of website accessibility
Log In Help Join The Motley Fool
Free Article Join Over 1 Million Premium Members And Get More In-Depth Stock Guidance and Research
By Demitri Kalogeropoulos - May 6, 2021 at 9:17AM

Sales growth trends are looking up.

Skechers (SKX -0.47%) shareholders beat a booming rally last month. The stock gained 16% in April compared with a 5.2% spike in the S&P 500, according to data provided by S&P Global Market Intelligence.

The boost added to a significant rally for the footwear giant, which is up over 70% in the past year. 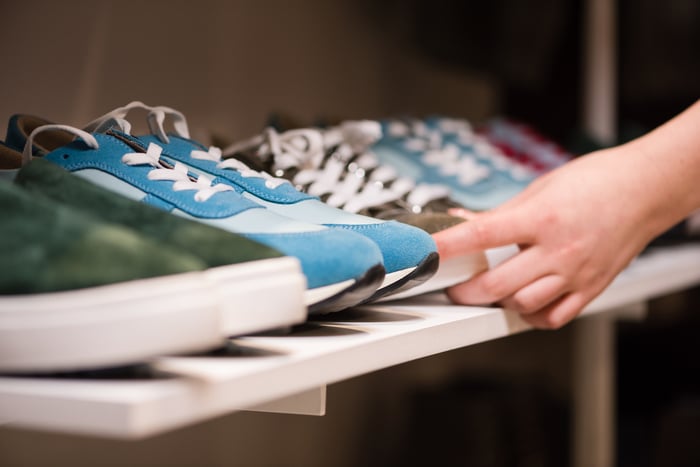 "The momentum we experienced in the second half of 2020," COO David Weinberg told investors, "continued into the first quarter." Skechers also noted a sharp jump in profitability thanks to rising average prices.

CEO Robert Greenberg and his team are calling for sales to land between $5.8 billion and $5.9 billion this fiscal year, with roughly $1.5 billion of that haul coming in the current quarter. That Q2 result would mark an over 100% increase compared with a year earlier, when lockdowns and social distancing efforts spurred a 42% slump.

The scale of that growth rebound helps explain why investors remain optimistic about this business while consumer spending remains healthy.