Please ensure Javascript is enabled for purposes of website accessibility
Log In Help Join The Motley Fool
Free Article Join Over 1 Million Premium Members And Get More In-Depth Stock Guidance and Research
By Demitri Kalogeropoulos - May 6, 2021 at 10:17AM

Investors are worried about a sluggish travel rebound through the rest of 2021.

TripAdvisor (TRIP -0.29%) shareholders missed out on last month's rally. Their stock dropped 12% in April compared to a 5.2% spike in the S&P 500, according to data provided by S&P Global Market Intelligence.

The decline only removed a fraction of the online travel booking giant's recent gains, though. The stock remains up by more than 50% so far in 2021. 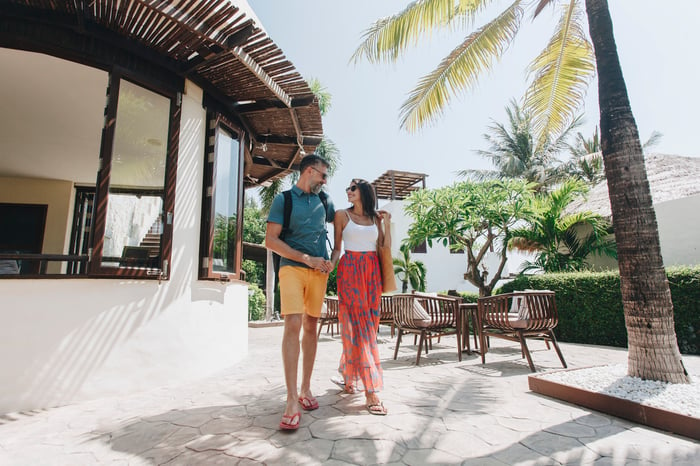 That broader stock price surge was the main driver behind TripAdvisor's weak performance last month. Shares have been spiking as investors gain confidence that the end to the COVID-19 pandemic in the U.S. is approaching. That outcome should disproportionately lift travel-related businesses. But investors became worried that many of those stocks had run up too quickly.

TripAdvisor's last earnings update, for the fourth quarter, contained only the faintest hints of a rebound in travel getting underway as vaccines started to be distributed through the wider population. "We see signals that indicate that pent up travel demand continues to grow," CEO Steve Kaufer said in a press release, "setting the travel industry up for a potential inflection later in the year." The company announced a 65% revenue decrease in Q4.

TripAdvisor's first-quarter report, due out on Friday, should be less jarring, as investors expect sales to be down by about 57% year over year. The stock's potential return to rally mode is likely to depend on executives' comments around their updated forecasts for the health of the travel industry during the rest of 2021.