Please ensure Javascript is enabled for purposes of website accessibility
Log In Help Join The Motley Fool
Free Article Join Over 1 Million Premium Members And Get More In-Depth Stock Guidance and Research
By Rich Duprey - May 6, 2021 at 4:54PM

Shares of Uber Technologies (UBER 0.71%) tumbled 9% on Thursday after the ridesharing tech leader missed analyst expectations for the first quarter.

Although Uber reported that gross bookings grew 24% year over year, it was not enough to lift revenue, which plunged 41% from the same period in 2020, after adjusting for needing to reclassify its drivers in the U.K. as employees.

The $2.9 billion it generated as a whole, along with $853 million from its mobility segment -- the largest portion of its business -- was reduced by $600 million due to the reclassification. 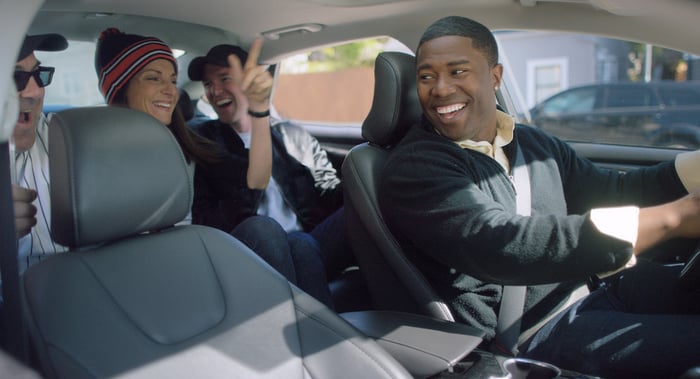 Uber's delivery business soared in the quarter, with gross bookings leaping 166% to $12.5 billion and adjusted EBITDA rising $113 million from last year. While that was not enough to overcome the mobility anchor dragging down the whole, it does bode well for the future.

Still, Uber and rival Lyft face a similar fate with their drivers in the U.S. Although the companies helped earn exemptions from a California law that sought to classify drivers as employees instead of independent contractors, the U.S. Secretary of Labor recently indicated he wants to apply the classification at the national level.

While his musings during an interview is not policy, it indicates the fight Uber and Lyft face in the coming years.