Please ensure Javascript is enabled for purposes of website accessibility
Log In Help Join The Motley Fool
Free Article Join Over 1 Million Premium Members And Get More In-Depth Stock Guidance and Research
By Jon Quast - Updated May 7, 2021 at 11:03AM

Revenue wasn't just up. The quality of its revenue structure has also improved.

Shares of action-camera company GoPro (GPRO -3.46%) soared on Friday after reporting strong growth for the first quarter of 2021. And subsequent to the end of the first quarter, the company surpassed 1 million members for its subscription service, showing steady progress in this newer revenue stream. The market was pleasantly surprised by the report, and the stock was up 13% as of 9:50 a.m. EST today.

Surprisingly, GoPro only sold about the same amount of cameras (700,000) in the quarter as it did in the first quarter of 2020. But the quantity of cameras sold isn't as important as the quality of the company's results. First, cameras with a price tag over $300 made up 95% of total sales -- these weren't cameras that were discounted in an attempt to clear shelf space. Second, direct-to-consumer sales (which carry a better profit margin than retail sales) grew to 40% of total sales, up from 33% last quarter. Finally, its subscription services now have over 1 million members, providing opportunity for long-term high-margin revenue generation. 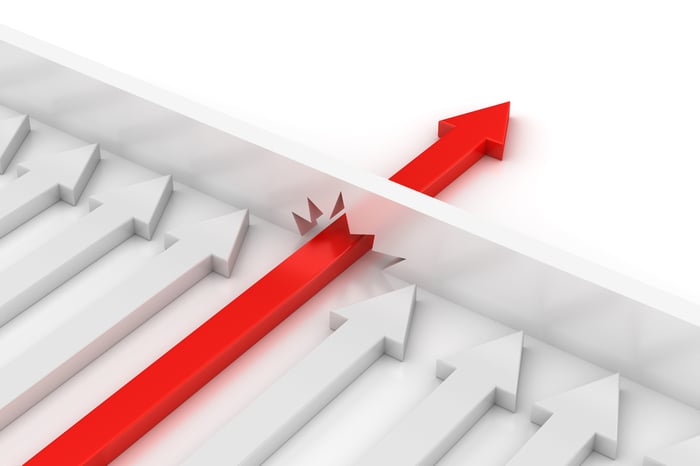 For GoPro, first-quarter revenue was up 71% year over year to $204 million. But despite quality improvements to its revenue structure, the company still reported losses. It had an operating loss of $3.5 million and a net loss $10.2 million. But those numbers were both greatly improved from the operating loss of $56.1 million and net loss of $63.5 million it reported in the same quarter last year.

The market is loving GoPro's earnings results today. So is CEO Nick Woodman. On the first-quarter conference call, he had this to say to investors: "This is the new GoPro. We've evolved from a hardware unit sales-centric business to a successful consumer direct subscription-centric business with a significant opportunity to grow margin and profitability with continued subscriber growth."

To the management team's credit, GoPro has delivered on its business transformation so far. Now it's a matter of continuing to execute until the company can consistently turn cash flow positive. While investors in growth stocks may be accustomed to meager profits as companies spend on growth, profits create shareholder value over the long term and are important. For now, GoPro is making progress. But it still needs to keep pushing forward.